By Chris Williams: Gary Russell Jr sees Errol Spence Jr as being too big and too strong for Terence Crawford in their potential undisputed welterweight match-up.

Russell says IBF/WBA/WBC 147-lb champion Spence (28-0, 22 KOs) is going to start walking WBO champ Crawford (38-0, 29 KOs) down beginning in the seventh round and will catch him in the corner and drop a big shot on him to get the knockout.

According to Russell Jr, Crawford is too “defensively irresponsible” and gets hit too much to have a chance of beating the bigger and stronger Spence.

Russell says that if the 35-year-old Crawford is in “15-round boxing shape,” he could elude Spence enough to “steal rounds” to win a decision.

Obviously, it would be an ugly fight if Crawford runs around the ring for 12 rounds, but that’s about the only chance he’ll have of winning because he’s too weak, thin-boned, and defensively unsound to defeat Spence.

“I got Errol. I ain’t going to lie to y’all, I got Errol,” said Gary Russeell Jr to Fighthype, picking Errol Spence Jr to defeat Terence Crawford. “I think Terence honestly is a better boxer.

“He’s a better well rounded boxer, but Terence is defensively irresponsible. He gets hit a lot. He clearly gets hurt by fighting smaller guys,” said Russell Jr.

A lot of casual boxing fans bang on about how great Crawford is defensively, but if you actually watch his fights with your eyes open, you can see that he’s constantly getting hit. The only time he doesn’t is when he’s on his bike.

“I think Errol is a much more responsible defensive fighter. I think he’s the bigger, stronger fighter, and he’s going to bring a bigger punch,” said Russell.

“I think if Terence is in 15 round boxing shape, I think he’ll be able to stay away from Errol, box, steal the rounds, and stuff like that. I don’t think he’ll go out and take this fight at all,” said Russell. 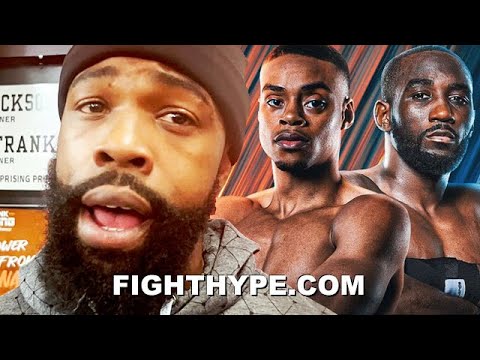