Adrien Broner Talks Conor Benn, Says “I Still Would Have Beat His A**” By Craig Page: Adrien ‘The Problem’ Broner took a shot at Conor Benn about his recent positive test for a banned substance. Apparently, Broner had the chance to fight Benn, but the match didn’t take place.

Broner (34-4-1, 24 KOs) says he “still” would have beaten Benn (21-0, 14 KOs) if the two had fought. It would have been an interesting fight if it had taken place, considering that Broner has an excellent chin, and he might have been able to take Benn to deeper waters to drown him.

“He trying to hit me with electric, not electrolyte,”  said Adrien Broner on social media, talking about a fight that he didn’t take against Conor Benn. “I would have f***ed buddy up. I still would have beat his a**.

“Having been aware of the facts, the lab reports, the levels, other tests within that period – there is cause for us to believe Conor Benn is innocent,” said Eddie Hearn to Boxing Social.

“The way this sample was tested, and again, I can’t go into too much information; we will request that our scientific expert be present at the labs to open the B sample because of things that happened previously.

“That process is being undertaken by the lawyers of Conor Benn. We are not involved with that process, but we are aware of that process. It’s not a case of, ‘Wait for the B sample to be opened,’ because, like I said, 99% of the time, it’s the same as the A sample.

“I hope it’s not, but it’s very likely to be the same. You can either let them open it, but in a case of this magnitude, you would always hire your own independent medical expert or legal team to go out and be present for that opening. That’s a process for Conor Benn.

“All of this stuff will be unearthed not just for an official hearing, but it’s likely it will be made public as well by Conor Benn and his legal team,” said Hearn. 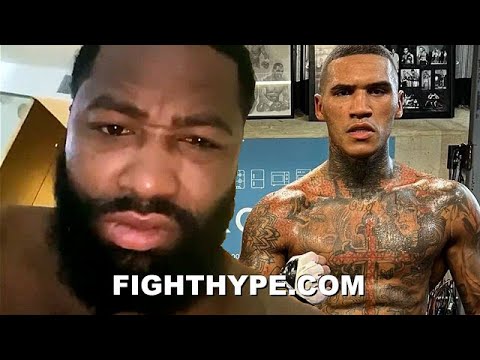