By Robert Segal: Roy Jones Jr. believes that Gennadiy Golovkin is more motivated for the trilogy match against Canelo Alvarez than vice versa going into their clash this Saturday, September 17th, on DAZN pay-per-view.

The perception is that Golovkin was given the business by the judges in Las Vegas in his first two fights with Canelo, and he wants his revenge.

Jones Jr notes that Canelo didn’t look motivated for his last fight against WBA light heavyweight champion Dmitry Bivol last May and didn’t put in a lot of effort to win the contest.

Canelo even gave up on the idea of fighting an immediate rematch with Bivol after initially telling the media that he wanted to do that.

At this point in Canelo’s career, he’s made many millions, and his focus seems more on his leisure life, enjoying his money and playing golf.

“We all think that [Canelo will win], but if you stop to think about the motivation factor. GGG has been wanting to fight Canelo for the last six or seven years because of the way the first two fights went,” said Roy Jones Jr to Fighthype.

“So, he’s been chomping at the bit to make this thing back right. Canelo is coming off a loss [to Dmitry Bivol], and he didn’t look necessarily so eager to try and win it.

“I think GGG is far more motivated than Canelo is right now. Can he turn that into a victory performance? We don’t know that at 40 years old, but he’s going to try.

“I don’t think that Gennadiy has the hatred that Canelo seems to have had, and I think that Canelo has learned that showing hate sometimes will sell more pay-per-views.

“So, I think that’s what he’s doing here. I don’t think it’s true hate,” said Jones making it clear that he believes Canelo is trying to bring in more PPV buys by telling the media that he dislikes Golovkin. 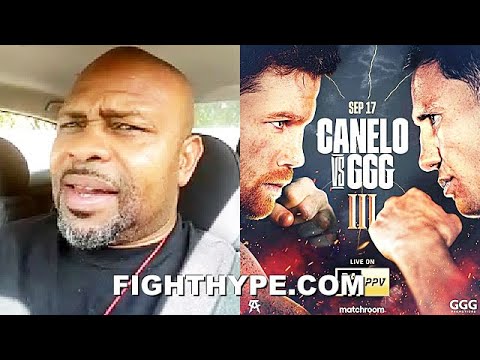