By Barry Holbrook: Chris Eubank Jr’s promoter Kalle Sauerland says it’s not down to him whether Conor Benn’s B-sample is requested to be tested. Kalle says it’s up to Benn (21-0, 14 KOs) to request his B-sample to be examined.

It’s unclear whether the boxing public would even learn about the results of the findings of the B-sample or if it’s even requested to be tested by Benn.

Conor is in a situation now where he needs to prove his innocence of in the aftermath of his positive test for the banned substance clomifene from a VADA-conducted test.

Benn lost out on a massive fight against Chris Eubank Jr that had been scheduled for October 8th, and while his promoter Eddie Hearn says the match has been postponed, it’ll be interesting to see if it ever happens.

Yesterday, the Dailymail revealed that Benn was being investigated for a second positive test for clomifene that had come earlier. Whether that claim has any legs is unknown, but it’s reasonable to assume if it’s legit, Benn could be facing a lengthy ban from boxing.

“As far as I’m aware, it’s completely down to him. It’s certainly not down to me,” said Kalle Sauerland to iFL TV about the process of requesting the B-sample for Conor Benn.

“I’ve simply left it to our lawyers to go to them to communicate that way. I don’t think it’s Eddie’s choice. It’s down to Conor Benn for the B-sample.

“I don’t know what route they’re going down at the moment. That’s for them to sort out, and we’ll sort out our stuff.

“Absolutely,” said Kalle when asked if he was worried about Chris Eubank Jr’s safety due to Benn’s positive test and the catchweight & rehydration clause. “That was something last week that was a moving target.

“Junior, we all saw the pictures, made the weight. He looked like he really did that in a hard way. He’d gone through it all and the fight obviously didn’t happen

“The first reaction was, of course, that because it’s not the first time it’s happened,” said Kalle when asked about his reaction to learning that Benn had tested positive.

“I saw something yesterday about a second test [for Benn]. I’ve heard that rumor a lot, but have we been informed of a second test? Absolutely not,” said Kalle about the report yesterday by the Dailymail about Conor Benn being investigated for a claim of a second positive test from earlier.

“We haven’t seen any second test results or anything like this. So we’re looking at it from the outside as well. We’re looking if this fight is even going to happen. I’ve seen Benn coming out today and protesting his innocence again,” said Kalle. 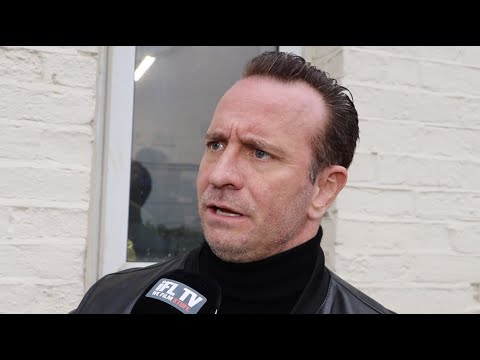