By Barry Holbrook: Now that Tyson Fury is off the table for Anthony Joshua’s next fight, the plan is now for him to have “two quick fights” to build his confidence back up to get him ready to take on the big names once again, says Eddie Hearn.

As far as who the former two-time heavyweight champion Joshua (24-3, 22 KOs) will be fighting, it’s unknown now. Hearn says he wants Joshua to fight two top 15 guys, which could be translated to mean bottom-level contenders like Agit Kabayel, Demsey McKean, or Zhang Zhilei. Kabayel would be a good opponent for Joshua.

It’s important that Joshua not be rushed back into the battlefield against someone a little too good right now, given that he’s coming off back-to-back defeats at the hands of Oleksandr Usyk.

Hearn says December 17th or possibly January is when Joshua will fight next. Now that the Fury fight isn’t happening, there’s less of a need for Joshua to fight in December because he can afford to rest up after his loss to Usyk last August.

“I always felt after the Usyk fight, he should come back with two top 15 guys, and then Fury dangled the carrot, and AJ took the bait. But now that’s not happening, it’s still the same plan, really,” said Eddie Hearn to the DAZN Boxing Show about Anthony Joshua’s plans for his next fight.

“He [Joshua] could choose to take that fight [Deontay Wilder] next, but it’s likely you’ll see him in with a top 15 guy. Sometimes I read stuff. AJ has made an offer to Chris Arreola. Absolute rubbish. The next thing. that’s reported in every newspaper.

“I’ve not even spoke to Chris Arreola about the fight, and that’s everywhere. I’m not saying that’s a bad fight. We’ve not reached out to him at all about that fight.

“Otto Wallin’s name gets thrown around sometimes. Obviously, he had a good fight with Tyson Fury. Anyone in that top 15. Joe Joyce is a good fight, a tough fight. I think he’s a handful for anybody. That could be a big UK fight.

“For me, see what happens with AJ’s team. If he doesn’t get the Fury fight and it doesn’t look like he will, I think we revert to two quick fights to get the machine moving and the confidence back and become a three-time world champion,” said Hearn. 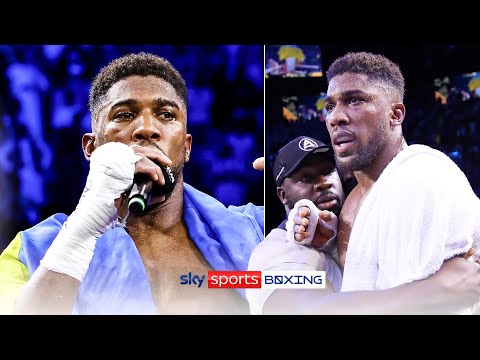