Three years ago, the then WBC super middleweight champion Anthony Dirrell defended his title against the undefeated challenger David Benavidez. It was a close competitive fight until disaster struck in the sixth round when Benavidez landed a left hook that opened up a cut on Dirrell’s right eye. Benavidez proceeded to become more aggressive, and three rounds later, he collected a TKO victory and the WBC strap.

After experiencing a 16-month layoff, Dirrell finally stepped back into the ring to face Kyrone Davis in a WBC title eliminator. Through 12-rounds it seemed like Dirrell would be declared the winner because he landed the more effective punches, but the judges scored the fight as a split decision draw. Dirrell would return to the ring nine months later, but this time he didn’t leave it up to the judges as he knocked out his opponent Marcos Hernandez in the fourth round.

Now the 37-year-old Flint, Michigan native is on the verge of fighting a former world champion and attempting to place another win against a big-name opponent on his resume. If Dirrell is able to win, he may try to avenge his loss and seek a rematch with David Benavidez or campaign for the opportunity to finally share the ring with Canelo Alvarez.

His opponent Caleb Plant (21-1, 12 KOs) has other plans for Dirrell as he would like to keep his word of defeating the former two-time champ and sending him into retirement. “He’s retiring after this. He’s done. I’m going to beat him in such a way that he won’t want to be a part of this anymore,” Plant stated during a virtual press conference.

On fight night, Caleb Plant will look to use his physical gifts to put him in place to be successful. Plant is athletic, elusive, and he has quick feet. He will attempt to set the tone early by using his quick jab, but his opponent Anthony Dirrell will also try to set the tempo with a jab of his own. Dirrell likes to make an early investment with the jab to the body because it sets up the overhand shots he likes to throw during the latter stages of the boxing match.

Anthony Dirrell (34-2-2, 25 KOs) feels his key to victory is being the aggressor. He wants to apply intelligent pressure, walk his opponent down, and force Plant to fight off his back foot. The October 15 match between Dirrell and Plant will feature two high-level fighters who share a bit of animosity. Dirrell admits he doesn’t like Caleb Plant because he thinks Plant isn’t cordial and he’s disrespectful. When Plant stated Dirrell wasn’t on his level, Dirrell had an immediate response.

“That’s his opinion. That’s what he thinks. When we get in there, it’s a whole different story. I think he’ll be on his bicycle as always. He only can fight when somebody is just standing there coming towards him or letting him do what he wants, but I’m not going to do that. I’m going to go in there and do what I need to do, be the dog.”

This isn’t necessarily a crossroads fight, but from an individual standpoint, it may be the case for Anthony Dirrell. The day before the fight, Dirrell will celebrate his 38th birthday. A loss could result in Dirrell deciding to call it a career and retire, but a win could set him up for bigger opportunities, and it will also serve as a gratifying birthday gift to himself. 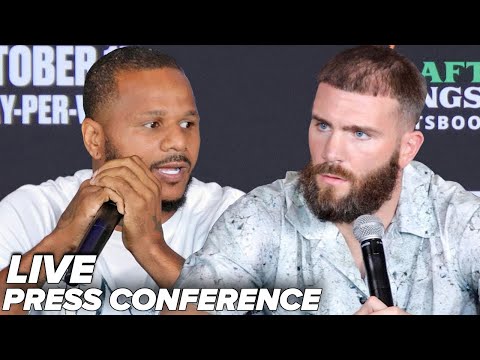