Is Canelo Still Haunted By Loss To Bivol? By Sean Jones: Canelo Alvarez is coming back from a one-sided beat down at the hands of WBA light heavyweight champion Dmitry Bivol to defend his four 168-lb straps against Gennadiy Golovkin on September 17th.

Canelo took A LOT of punishment against Bivol, and you got to think that the beating could still be haunting the Mexican star going into his trilogy match against Golovkin (42-1-1, 37 KOs).

If Canelo is still shell-shocked from what happened to him at the hands of Bivol, you got to give the 40-year-old Golovkin a real shot at defeating him. To be sure, when a fighter gets trounced the way that Canelo was by Bivol, it’s hard to bounce back from that loss right away.

It was funny listening to Canelo discussing the Bivol fight this week, saying that he’d won five of the first six rounds of the contest. The truth of the matter is, Canelo fought well enough to win one round in the first half of the fight and only two overall.

The judges shockingly scored it 115-113, 115-113, and 115-113, all for Bivol, but those scores were dreadfully bad. The fight, incidentally, took place at the T-Mobile Arena in Las Vegas, which is where the first two Canelo-Golovkin matches took place and where the September 17th contest will go down.

Bivol was beating Canelo like a drum, and at one point in the fifth, he hit him with seven consecutive headshots during a flurry. Canelo looked pathetic trying to dodge the shots from Bivol using head movement. With each shot landing, Canelo looked like a punching bag.

What was really amusing is how Canelo motioned Bivol back in for more, as if he were enjoying the punishment and wished for him to continue dishing out more.

Recently, Canelo has been floating the idea that he wasn’t 100% for the Bivol fight due to something not going well for him in training camp. Without a doctor’s note to show the fans, we’re forced to take Canelo for his word without proof.

If Canelo has some kind of ache from an ailment that he’s hiding for the Golovkin fight, he could lose.

“He’s as motivated as he’s ever going to get. This is the fight where he quiets on all the critics, answers all the questions, and finally gets that definitive win,” said Chris Mannix to the DAZN Boxing Show about Canelo Alvarez in his trilogy with Gennadiy Golovkin.

“That’s his mindset coming into this fight. To win this fight, and win it definitively, so people know who the better of the two boxers is.”

“One extra factor that might play a part and that’s the unknown that we won’t know until maybe some rounds into the fight, and that’s weight on both sides,” said Mike Costello.

“Canelo coming down from light heavyweight. I know he’s done that before, but he’s got to do it again at the age of 32. Will he be affected by the weight drain? On the other side, Gennadiy Golovkin, fighting at this level at super middleweight.

“Will he have the necessary frame to adapt to the heavier poundage? Just another imponderable that we can throw in the hope that what we see is something very special,” said Costello.

“Yeah, with Canelo, he dropped down from 175 after beating Sergey Kovalev and proceeded to win four straight fights to become the undisputed champion at 168. I think he knows he’s comfortable at that weight class,” said Mannix.

“Golovkin is a little bit more mystery to it. Going up from 160 to 168. Golovkin, he’s basically been a 160-pounder since the amateur days, which is almost unheard of in boxing.

“He never moved a pound really except for a couple of catchweight fights later in his career. I think he could stand to benefit from those eight extra pounds. It’ll certainly make for an interesting fight.

“I think both of us agree. Let’s just get a clear winner in this one,” said Mannix about the third match between Canelo and Golovkin. 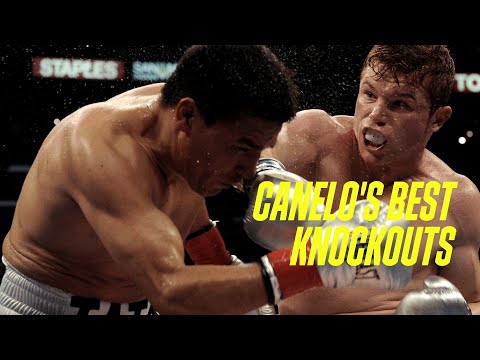