By Dan Ambrose: Teofimo Lopez warns Ryan Garcia that he’ll “put him to sleep” if the two fight later this year.

Teofimo is bigger, stronger, more rugged, and has fought the better competition than Ryan has up to this point.  With the money Ryan is making from his social media, it’s not a shock that he’s chosen to avoid fighting risky opponents.

Ryan’s promoter Oscar De La Hoya, struck out with his efforts to put a fight together between Kingry and Gervonta ‘Tank’ Davis. So now De La Hoya has turned his attention to the 25-year-old former unified lightweight champion Teofimo (16-1, 12 KOs).

With Ryan Garcia and De La Hoya, you just don’t know how serious they are about putting together a fight against Teofimo. Ryan often talks about wanting to fight the top opposition but then never does.

If Ryan (23-0, 19 KOs) is on the level about wanting to fight Teofimo, it’ll be a surprise because his modus operandi is to call out the big names like Tank Davis, Devin Haney, Vasyl Lomachenko, and Manny Pacquiao, and then fight a lower level scrub.

If Ryan were to defeat Teofimo in an emphatic manner, it would show the boxing world that he’s for real at 140 and not just an Instagram boxer.

Teofimo will be headlining against Pedro Campa (34-1-1, 23 KOs) this Saturday, August 13th, at the Resorts World Las Vegas on ESPN and ESPN +. This is Teo’s first fight since losing his belts in a surprising upset loss to George Kambosos Jr last November.

Top Rank has selected an easy opponent for Teofimo to mow down on Saturday with their selection of the 30-year-old Campa. If Teofimo can’t beat this guy, he needs to call it a day.

Ryan is coming off a sixth-round knockout win over Javier Fortuna last July. Fortuna was dropped three times in the fight, which was a gimme for Ryan.

Fortuna had recently been beaten by Joseph ‘Jojo’ Diaz last year, and that took much of the interest out of the Garcia-Fortuna fight. Ryan worked doubly hard in promoting the Fortuna fight by name-dropping Tank Davis’ name throughout the build-up. 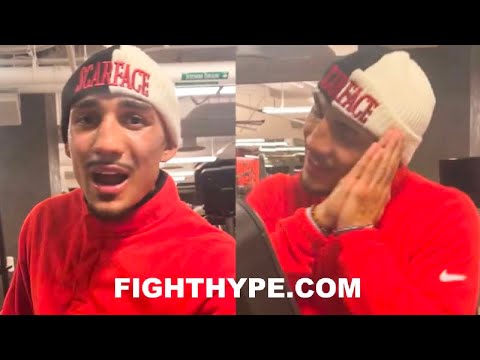