‘The Towering Inferno’ Fundora should consider delaying his title shot against undisputed junior middleweight champion Jermell Charlo for another year until he has improved his weak areas. Fundora’s jab was poor, his outside game weak, and his decision-making faulty.

For starters, Fundora’s defense was nowhere to be found all night, and he allowed a very average fighter in Ocampo to land at will against him, making it a much closer fight than the wide scores handed in by the three judges.

Fundora looked like he’d regressed from how he’s performed in his previous fight against Erickson Lubin. I don’t know if he was told by his training team to avoid slugging with Ocampo or what, but it was a mistake on his part to box him because he was getting countered nonstop when the Mexican fighter was fresh in the early rounds.

Ocampo made a mistake by choosing to fight Fundora on the inside rather than keeping the action on the outside, where he was picking him apart.

If Fundora can’t develop his jab to be a weapon, then he needs to keep the action on the inside.

“I felt in the first four rounds, I wanted to box because I wanted to show not just myself but my father and everybody else that we can box. We’ve been doing that the whole camp. Boxing, boxing, boxing lots of range,” said Fundora at the post-fight press conference after his victory over Ocampo last Saturday night.

“I felt it was moving a little bit too slow for me, and I wanted to excite the fans a little bit more and give their money’s worth. We went in there, and we banged and did the normal ‘Towering Inferno’ style. We got the fans riled up, and we got the job done.

“The winner of [Jermell] Charlo and [Tim] Tszyyu, hopefully, or any of the top 10. I’ll take any of them,” said Fundora when asked who he wants to fight next. 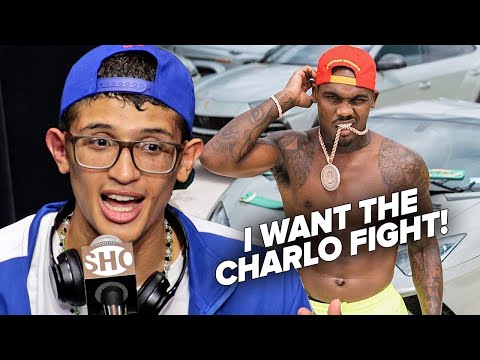