By Dan Ambrose: Leo Santa Cruz is predicting Gervonta ‘Tank’ Davis will knock out Ryan Garcia when they finally face each other. Santa Cruz, who has been stopped by Tank Davis (27-0, 25 KOs), feels that he will take advantage of Ryan’s vulnerability to hooks.

It’s questionable whether Ryan (23-0, 19 KOs) even believes he will win. The way he’s in such a hurry to fight Tank Davis without picking up badly needed experience first suggests that he’s just looking for a cash-out fight before his career begins to plummet.

The money that the 23-year-old Ryan will make fighting Tank Davis will enable him to live high on the hog for the rest of his life, and it won’t matter if he’s beaten repeatedly by quality contenders at 135 & 140 from that point on. Ryan will be able to cry all the way to the bank.

In a perfect world, Ryan would earn the Tank Davis fight first by fighting these contenders:

I have extreme doubts that Ryan Garcia could beat any of those fighters because he doesn’t seem to live the life, and those guys are solid, tough guys that you got to be wired to mix it up with.

But if Ryan wanted to do things the right way as far as proving himself before fighting Tank Davis, those are the types of fighters he should have already faced by now.

“I think if they fight each other, Gervonta Davis will knock him out. Tank is really strong, and Ryan Garcia gets hit with those big hooks. So, I think he’s going to end up falling,” said Santa Cruz.

“Ryan is a really nice guy. He’s the best friend of my grandchild,” said manager Sampson Lewkowicz to ESNEWS. “I love Ryan Garcia, but I believe he’s picking the wrong tree because Tank will knock him out. I have no doubt in my mind.

“Tank is a Tank. You go in with an Uzi against a Tank,” said Sampson when told that Ryan has a lot of speed & power. 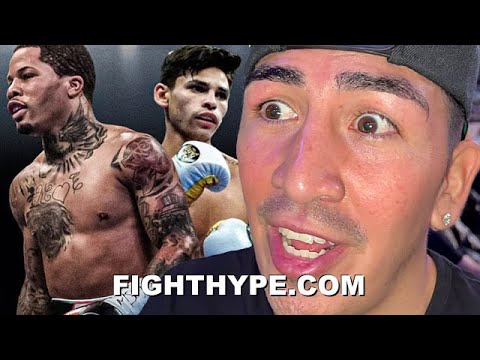