Canelo Alvarez: “Losing Is Not An Option” Against Gennady Golovkin By Adam Baskin: Canelo Alvarez says he cannot lose his fight against Gennadiy Golovkin next week on Saturday. The Mexican star has put too much work into training for the trilogy fight with the 40-year-old Golovkin (42-1-1, 37 KOs) to allow himself to lose.

Golovkin is the underdog with the oddsmakers and based on how he’s looked in his last handful of fights since 2019, Canelo (57-2-2, 39 KOs) has little to worry about on September 17th.

The biggest problem for Canelo is whether his chronically poor cardio will resurface for this fight, as we witnessed last May when he ran out of gas after two rounds against Dmitry Bivol.

Interestingly, Canelo believes he won the first five to six rounds of that fight with Bivol, and he thinks he’ll beat him “easy” in the rematch. That’s not the same fight that the fans saw.

“Losing is not an option for me, but you take the risks. You take the best fights, the hardest fights out there. You maybe lose one day,” said Canelo Alvarez to Matchroom Boxing about his fight next Saturday against Gennadiy Golovkin.

“I’m happy doing these kinds of fights because they make me feel good. I think my legacy is going up with these kinds of fights, but I learned a lot, and I don’t feel ashamed of that because I challenge myself to be great,” said Canelo. “I’m going to continue to do it.

“With Bivol, I’m in my prime. Unfortunately, I have a lot of things in my training camp. I lost, but I’m going to have my chance in the near future. That’s the difference. The difference is I was in my prime when I lost to Bivol.

“It was not in my weight class, but I think I can beat him easy, but things happen. I take that as experience,” said Canelo about his fight against Bivol. “I won the first five or six rounds, but then I got tired. That’s what happened. He’s not better than me. 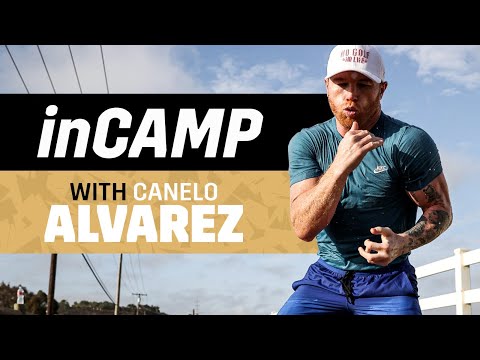