By Brian Webber: Caleb ‘Sweethands’ Plant will be fighting this Saturday night against Anthony Dirrell on Fox Sports pay-per-view at the Barclays Center in Brooklyn, New York.

‘Sweethands’ Plant needs to look good beating the aging Dirrell for him to increase his chances for a second big-money fight against Canelo Alvarez. That’s the guy that Plant, 30, has repeatedly said is his primary target.

With Canelo holding all the belts at 168, Plant is eager to get a second fight against him.

Dirrell hasn’t beaten a notable contender since 2016, when he defeated Caleb Truax, and he’s viewed by many fans as being on the steep downside of his career. Hence, Plant has chosen him as his opponent for Saturday rather than a dangerous one like David Benavidez, who has repeatedly called him out.

It’s unclear why Dirrell hasn’t been busier with his career, but at least he hasn’t been getting beaten.

Plant says he wants to fight Benavidez or Jermall Charlo next, but that remains to be seen. It’s difficult to believe Plant will take a fight with either of those guys because all he needs to do to get a lucrative rematch with Canelo is to become his mandatory and then wait until the fight is ordered by the sanctioning body.

Canelo isn’t going to avoid a second fight against Plant because he’s someone that he knows he can beat. However, it’s a different story, with Canelo facing Benavidez. He’s shown no interest in taking on Benavidez, and it doesn’t matter that he’s already his WBC mandatory.

“I’m going in there focused. We have a game plan, and we’re going to get the job done in fashion,” said Plant. “Whether that’s stopping him, or putting a whooping on him for 12 rounds, regardless, I’m going to have my hand raised.”

Plant vs. Dirrell will be the chief support bout on the Deontay Wilder vs. Robert Helenius card this Saturday. 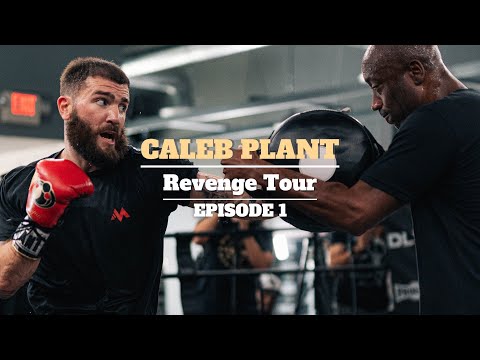