By Sean Jones: Andre Ward says George Kambosos Jr is a “confused man” heading into his rematch with Devin Haney this Saturday night at the Rod Laver Arena in Melbourne, Australia. The event will be shown in the U.S at 10:30 p.m. on ESPN, ESPN Deportes, and ESPN+.

Ward notes that Kambosos (20-1, 10 KOs) is making excuses, and he sees that as a bad look, particularly with him changing trainers for the rematch with Haney (28-0, 15 KOs). 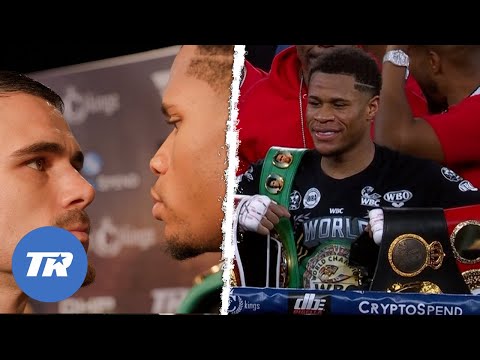 Andre says that if there was a time for the former unified lightweight champion Kambosos to defeat Haney, it was in their fight last June in Melbourne.

That was Kambosos’s golden opportunity to beat Haney in front of a large crowd of 41, 129 at the Marvel Stadium in Melbourne. Kambosos had no answer for Haney’s jab in that fight, and he doesn’t figure to have one for this one either.

With Haney working on his punching power and it’s pretty clear that his goal for this fight is to knock out Kambosos in front of his own Australian fans at the Rod Laver Arena.

That would be the unkindest cut of all for Kambosos, but what can you do? He’s up against it fighting the younger, faster, and dare I say more talented Haney.

A moral victory for Kambosos will be him surviving the full 12 rounds without being humiliated with a knockout loss in front of his Aussie fans.

For Kambosos to see the final bell, he’ll go into survival mode early, and stink up the joint by clinching, wrestling, and running around the ring.

We’ll likely hear a lot of boos from the fans in attendance. The Rod Laver Arena seats 14,820 fans, but it’s questionable whether that many will turn up for the fight due to Kambosos’ disappointing loss to Haney last June.

Many fans jumped overboard from the Kambosos ship, and they’re not going to return on Saturday to watch him lose again.

“Haney and Kambosos, you’re calling the fight,” said Max Kellerman to ESPN. “Haney took the fight behind a dominant jab and outstanding boxing all around the first time. What do you expect in the rematch?” 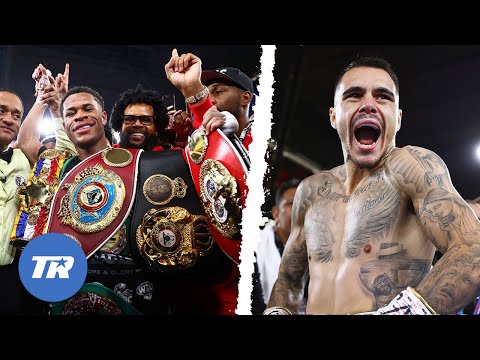 “I expect Devin Haney to do the same thing, but do it a little bit better this time,” said Andre Ward. “You have to realize that everything that Devin Haney brought into the first fight.

“He went across the world to deal with a time zone, deal with ruckus fans. Australian fans are great fans because he didn’t know if his father was going to be there, his chief trainer.

“In the eleventh hour, his dad was able to get there. That’s a lot of emotional pressure and stress that a fighter has to deal with on top of being in the biggest fight of your life on the road overseas, and he handled that and took care of his business.

“If Kambosos was going to get Haney, I think it was going to be that night. I’m not sure Kambosos can do much more, Max. He’ll try harder, but what can he do to be smarter?

“I don’t think he has that in him. He changed trainers. He’s making a lot of excuses, and when I listen to Kambosos talk, I see a confused man who’s searching for answers, and Devin Haney, I believe, is going to be the same guy. He’s just going to be a lot better the second time around,” said Ward.

“Yeah, I don’t know what he’s going to do about that stick [jab],” said Kellerman about Kambosos. “Haney put that stick on him.

“How are you going to learn to overcome a jab at that level with defensive skills in between fights when you just got totally outboxed by the guy? It’s a tall order,” said Kellerman. 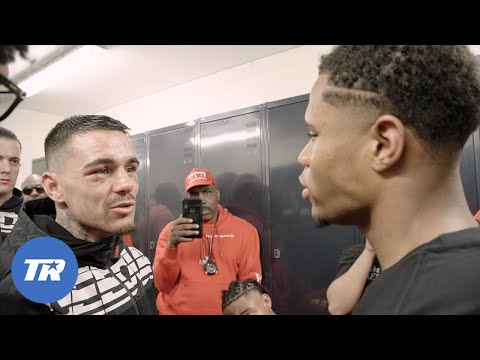