By Charles Brun: Tyson Fury says Joe Joyce must build his profile for him to fight him because he only has around 105,000 followers on social media.

Fury states that his wife has a million followers, which makes her more popular than the top ten heavyweights in the division. However, Fury doesn’t say why he reportedly has offered a contract to 38-year-old journeyman Derek Chisora for his next fight in December.

Chisora has lost three out of his last four fights, and he’s definitely not a fighter that the boxing public is interested in Fury fighting next.

Chisora (33-12, 23 KOs) has an awful record and looked horrendously bad in his last two fights against 41-year-old Kubrat Pulev and Joseph Parker.

The question is, why would Fury be more willing to fight Chisora than the unbeaten Joyce (15-0, 14 KOs), who is coming off an 11th round knockout victory over Joseph Parker on September 24th?

“Can he beat the Gypsy King? Probably not, but I’d like to see it one day,” said Tyson Fury to Behind The Gloves about a fight between him and Joe Joyce.

“I said to Joe, ‘You’ve got like 150,000 followers; you need to build your profile.’ My wife has a million, so she’s more popular than the top ten heavyweights,” said Fury.

When you get a fighter that is ruling out fights against the best contenders based on the number of social media followers, that tells that they don’t want any of that smoke.

Joyce would obviously be a nightmare for Fury because he’s all wrong for his retooled game taught to him by trainer Sugarhill Steward. All that junk that Fury uses nowadays to win fights, with the leaning, grappling & rabbit punches, aren’t going to help him against the 6’6″, 270+ Joyce.

That style is made to order for Joyce, and he’d clean Fury’s clock if he used that ham & egger junk against him.

Again, zero interest. The full [Matchroom Boxing] stable is down the toilet. They’ve all been beaten. Katie Taylor is holding the stable up. That’s all I’ve got to say. I have no interest in those guys.

“Basically, I offered them a seat at my massive dining table, and all they had to do was turn up and be a part of it. They decided not to for their own personal reasons, which I don’t care, and that’s it. They’re out in the cold now. Goodbye. Good luck fighting at Wembley [Arena] with 4,000 people there.

“Nah, there’s no more fights now because let’s face it, I tried to make fights with them guys for four years, and there’s always been something stopping it. If they’re not going to fight, I’m not going to waste any more time.

“My dad posted a video about how Eddie Hearn cost Joshua 105 million in excess. Just to confirm, that’s bang on right. Eddie is no brains.

“Again, no interest in those people. They had their opportunity, and now it’s gone,” said Fury. 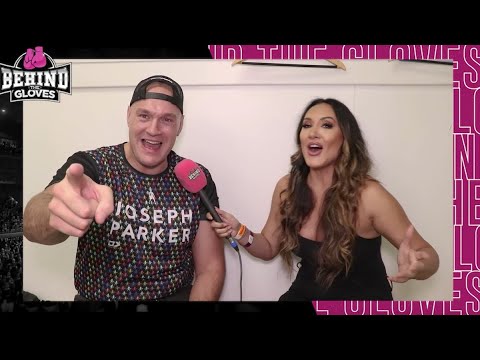