Jake Wightman and Jemma Reekie return to New York as they aim to retain their 5th Avenue titles.

The pair became the first male and British female winners in the same year since Peter Elliott and Kirsty Wade both triumphed in Manhattan back in 1987.

Wightman’s time of 3:49.5 was the seventh fastest in the history of the event – the course record of 3:47.52 was set by Sydney Maree in the inaugural edition back in 1981 – while Reekie clocked 4:21.6, becoming the first athlete other than Jenny Simpson – who has eight consecutive titles to her name – to win since 2012.

“I love running in New York, and there was never any doubt that I’d finish off my season by defending my title at the New Balance 5th Avenue Mile,” Wightman told New York Road Runners. “Fifth Avenue is always really fun, but I’m not looking at it as a victory lap. I want to make the Big Apple mine.”

With the New Balance 5th Avenue Mile viewed as a season ending race by a lot of middle distance athletes, both Wightman and Reekie are once again going to have their work cut out as they face world class fields.

On the men’s side, Wightman faces fellow Brits Jake Heyward, Josh Kerr and Matt Stonier but the stiffest competition may come from Australian Jye Edwards and American Johnny Gregorek, who have mile personal bests of 3:49.27 and 3:49.98 respectively.

European 3000m indoor record holder Adel Mechaal makes his mile debut and the Spaniard could lead the European challenge alongside the British trio while American Cole Hocker set his mile personal best of 3:50.97 back in Eugene in May and may be a threat.

Given Wightman’s record breaking year he will likely go in as one of the favourites. The past few months have seen the Brit win world 1500m gold, Commonwealth 1500m bronze and European 800m silver. He has also set personal bests over 800m (1:43.65) and 1500m (3:29.23) and gone fifth and third on the all-time British outdoor lists respectively.

Reekie meanwhile has had a much more challenging 2022. After narrowly missing out on an Olympic 800m medal last year, she has struggled to regain the form seen in Tokyo due to glandular fever that she picked up in February. 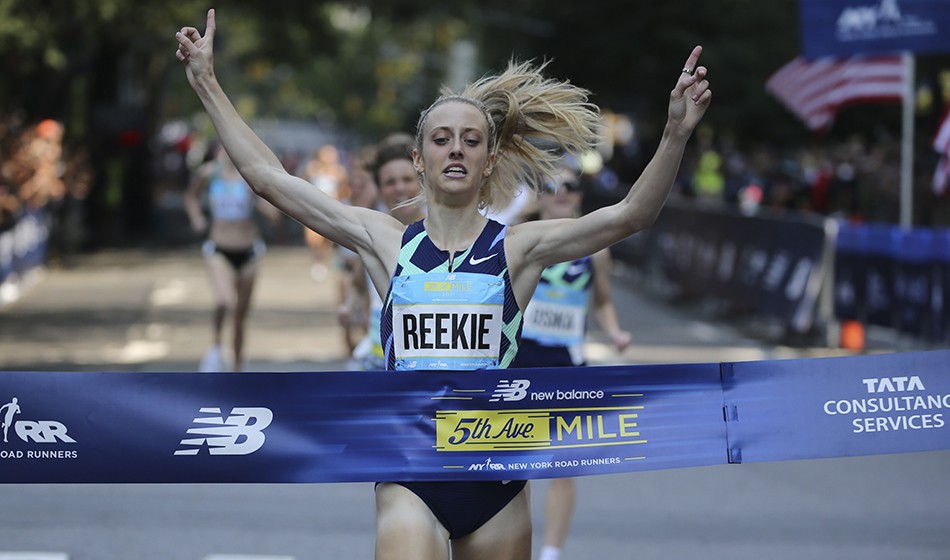 Her most recent race, an 800m in Padova, saw Reekie set a mark of 1:58.71, her second best time over the distance this season.

It’s a sign that the British 800m champion is getting back into form but in New York she faces fellow training partner Laura Muir, Lizzie Bird, Ellie Baker, Melissa Courtney-Bryant and Hannah Nuttall.

Muir, like Wightman, won three major medals across the trio of championships this past summer as she became European and Commonwealth 1500m champion plus collected a world bronze medal in Oregon.

Lizzie Bird will be sure to drop her mile personal best of 4:30.67 as she ends her season, which included breaking the British 3000m steeplechase record twice and perhaps even more impressively won European steeplechase bronze in Munich.

Reekie’s personal best in the mile, 4:17.88, was set indoors two years ago in New York. On paper, it’s the fastest mile out of the field but on current form the one athlete to watch will surely be Ciara Mageean. Only Muir could deny the Irish athlete Commonwealth (represented NI) and European 1500m gold but at the Brussels Diamond League Mageean got her revenge and subsequently set an Irish 1500m record of 3:56.63, demolishing Sonia O’Sullivan’s mark from 1995 by over two seconds.

Elsewhere, Americans Cory McGee and Nikki Hiltz could challenge on home turf and will look to improve on their mile personal bests of 4:21.81 and 4:21.89 respectively.