They were all blown away, though, by the relatively unheralded Shericka Jackson who clocked 21.91 (1.3) in the Italian capital as fellow Jamaican Thompson-Herah ran 22.25 to narrowly beat Britain’s Asher-Smith as Miller-Uibo was fourth in 22.48 and Felix, who is enjoying her retirement tour, was seventh in 22.97. Dealing with the tight inside lane, Britain’s Beth Dobbin was ninth in 23.36.

Until recently Jackson was specialising in 400m, winning bronze at that distance at the 2015 and 2019 World Championships and 2016 Olympics.

But she demonstrated her speed over shorter distances last year with bronze in the 100m at the Tokyo Olympics in 10.76 and her run in Rome this week suggests she will be a gold medal contender at the World Championships in Eugene in July and Commonwealth Games in Birmingham in early August.

With such a busy season, will she run the Commonwealths, though? “Definitely!” she said. “It is on the table. But one championship at a time. The Jamaican Championships comes first and then the World Championships.

“One step at a time. I’m not rushing into anything as you never know what might happen.”

But the Jamaican Champs is first, she adds. “One step at a time.”

The 27-year-old added that she will focus on 100m and 200m this summer but if asked to run the 4x400m at the major championships then she will not say no.

Asher-Smith, meanwhile, said: “I’m really happy with where I placed at this point in this season as it was a really stellar field and you never know what women of that calibre are going to do.

“We have three champs (later this summer) and when you have that kind of year you have to maintain focus. No one remembers what happens in May,” added Asher-Smith, who will race next at the UK Athletics Championships in Manchester at the end of this month.

The men’s 5000m was a tremendous race as Nicholas Kimeli broke Eliud Kipchoge’s meeting record with 12:46.33 – a time that puts him No.7 on the world all-time rankings.

Kejelcha’s fellow Ethiopian Selemon Barega was fourth in 12:54.87 and Canadian Mo Ahmed fifth in 12.55.84 as the top eight broke 13 minutes.

The sport has moved on a lot since 1987 when, competing in the same city of Rome, Said Aouita became the first man to break that barrier with 12:58.39. 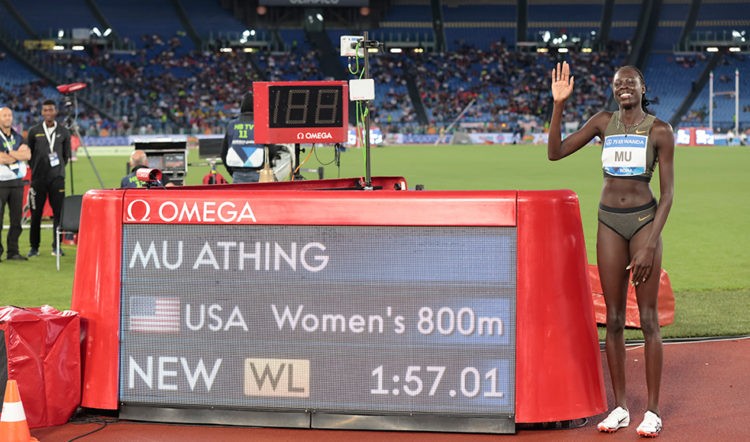 Competing in her first Diamond League in Europe and back in action after missing the recent Pre Classic due to Covid, Olympic 800m champion Athing Mu looked majestic as she won in 1:57.01.

Following the pacemaker through the bell in 56.42, Mu cruised down the back straight before pulling away from her rivals seemingly effortlessly in the final 200m.

Dutch 400m hurdles specialist Femke Bol was also in impressive form as she similarly cruised away from her opposition to win in 53.02. Racing out in lane nine, Britain’s Lina Nielsen clocked a 54.73 PB for a fine fourth place.

After winning impressively in Rome, Femke Bol talks about the challenges of a busy 2022 season.

Laura Muir’s season has not quite clicked yet as she finished third in the women’s 1500m behind Ethiopian duo Hirut Meshesha and Axumawit Embaye.

Meshesha was particularly impressive as she kicked clear from the front, stretching away in the final 100m, to run 4:03.79. Muir ran 4:04.93 just ahead of Ireland’s Ciara Mageean in fourth. 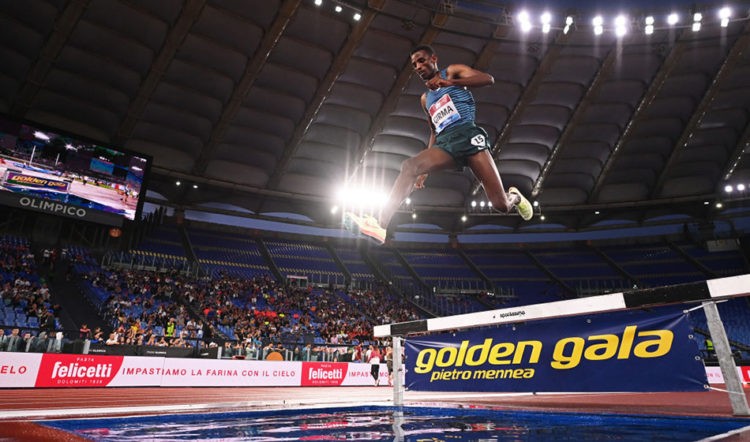 Another Ethiopian in terrific form is Lamecha Girma and he broke the eight-minute barrier for 3000m steeplechase for the third time in the space of nine days as he clocked 7:59.24 to win.

Sandi Morris was in fine shape in the women’s pole vault as she cleared 4.81m to improve the world-leading mark she set last month in Birmingham.

Runner-up Holly Bradshaw equalled her season’s best and showed she is rounding into form with 4.60m as Olympic champion Katie Nageotte was fourth, also with 4.60m.

In the discus, the in-form Slovenian Kristjan Čeh was once again in winning form as he threw a meeting record of 70.72m.

Turning back the clock and 10 years after his Olympic victory in London, Kirani James of Grenada looked strong as he took the men’s 400m in 44.54.

In the shot, Joe Kovacs was also a clear winner as the American threw 21.85m.

In the men’s high jump there was no local win for Olympic champion Gianmarco Tamberi. The Italian wound up third with 2.24m as the victory went to JuVaughan Harrison of the United States with 2.27m.

Finally, there was nearly a big disappointment in the penultimate event of the night when Jasmine Camacho-Quinn appeared to false start in the 100m hurdles. But she immediately claimed there was too much noise in the stadium and, after being given a yellow card, she got away well at the second attempt and won in 12.37 (0.1) after being pressed all the way by Britany Anderson of Jamaica. 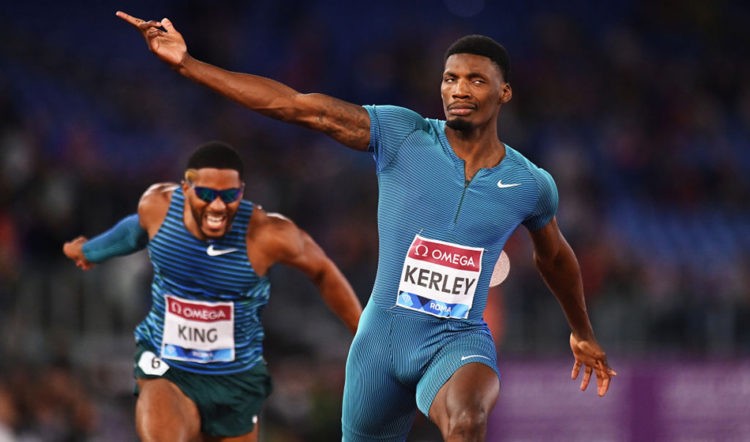 In the final event of the night, Fred Kerley took the men’s 100m in 9.92 (-0.2). The American finished well ahead of his rivals, although local fans were disappointed that Olympic 100m champion Marcell Jacobs pulled out.