Tyson Fury Must Agree To Dec.17th For Joshua Fight To Happen Says Gareth A. Davies By Charles Brun: Gareth A. Davies believes the only way the Tyson Fury vs. Anthony Joshua fight will happen is if it takes place on December 17th. That’s the date Joshua and his promoter Eddie Hearn are requesting.

Thus far, Fury is being stubborn, digging his heels into the sand, insisting that Joshua agree to November 26th or December 3rd.

Like a lot of naive champions, Fury believes his WBC title and his unbeaten record translates to him being the A-side, but that’s not how it goes in boxing.

This is the entertainment business, and what’s really important is what fighter sells the most PPVs, and Joshua reigns supreme in that area. As such, unless Fury changes his stance mighty quick, he can forget about a fight against Joshua.

“If the deadline is today, then they’ve got to say they’re fighting December 17th, and I didn’t think this fight was going to happen anyway,” said Gareth A. Davies to iFL TV. “If Fury says yes to December 17th, it may well go ahead.

“Eight and a half months of back and forth from 2020 to 2021 for a fight not to happen. For it to happen in a week is very unlikely. I love the call out. It’s stolen all the headlines all week.

“I’m glad Joshua has accepted. It’s a promotional game back and forth. If Tyson Fury says, ‘I’ll accept December the 17th, there’s still a chance for this fight to go ahead, and they’ll keep talking.

“You got to understand all the things he did, and it still wasn’t good enough. That’s hard,” Tim Bradley told iFL  TV about Joshua’s preparation for the rematch with Usyk.

“So the way he reacted after the fight, that was probably immature, but how did he handle it afterward? We’re human; we make mistakes. In the head of the moment, that’s how he felt like and how he reacted.

“Take the fight. Come on, it’s there,” said Bradley about his hopes that Joshua takes the Fury fight. “Where else are you going to go? What else are going to do? You’re getting another shot at a title, and this is the biggest fight in the history of great Britain,” said Bradley. 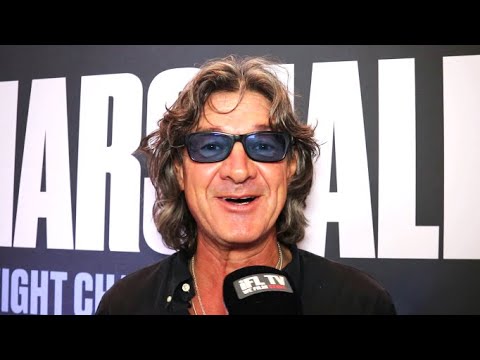