By Chris Williams: Trainer Kenny Porter says Errol Spence Jr has the advantage over Terence Crawford due to his size. Kenny feels that IBF, WBA & WBC welterweight champion Spence’s size and natural southpaw stance puts him ahead of the smaller, older 35-year-old WBO champ Crawford (38-0, 29 KOs) when the two eventually face each other.

For many fans that don’t remember, Crawford started his career out at lightweight in 2008 and only moved up in weight to welterweight in 2018. Crawford hasn’t fought anyone of note aside from Shawn Porter at the end of his career, and he had many problems against him.

Kenny feels that Spence was the harder fight for Shawn Porter than Crawford, as their fight was a back & forth type of affair until the 11th round.

“I had a long relationship with Errol, working with him in the amateur’s world championship team, camps and worked with him when he came out here to spar Floyd,” said Kenny Porter to Hustleboss when asked to give his assessment of the Errol Spence Jr vs. Terence Crawford fight.

“Terence was on the International squad with us. We traveled so much. We were in the Pan Am games. He was on the Pan Am team with Shawn. I haven’t broken them down yet to see who, what, when, and where.

“Just from my eyes of going up against both of them, Errol is definitely the bigger man that night on fight night, and that’s definitely an advantage for him and also being a southpaw,” said Kenny.

Crawford is thin-boned, and he hasn’t mixed it against a big puncher like Spence since moving up to 147. It would have been nice if Crawford had defended his WBO title against Jaron ‘Boots’ Ennis or Vergil Ortiz Jr by now, but I guess you can’t blame him for not fighting either of those young killers.

With Crawford getting older, those two young lions would take a lot out of what he has left.

“Terence, on the other hand, is super slick in switching sides, which creates problems for everybody,” said Kenny. “Both guys have some advantages. I would say right now; the size differential would be the biggest advantage for Errol.

“I would say, Errol. I would definitely say Errol,” said Kenny when asked which of the two fighters, Spence or Crawford, gave Shawn Porter the most problems.

“Round for round, every way, I thought Shawn was right there with Crawford. It was just a few mental mistakes on his behalf that put him in the situation he was in, but definitely, Errol Spence.

“It would definitely be Errol,” said Kenny when asked if it was Spence or Crawford that first caught his eye years ago. “The first time I went up against Errol, he was 18 years old, and that was in the U.S championships, and he beat my guy that was presenting region five.

“The sparring that he had, which is legendary now with Adrien Broner, he did really good that day. That lets you know that he was ready to do some good things in the world championships,” said Porter about Spence. 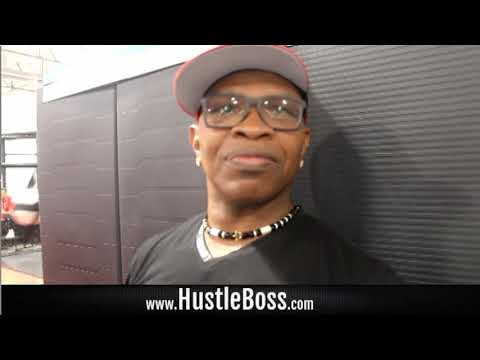