Hannah Alderson makes her mark in the marathon Ten years after racing for Britain at the Euro Cross, the Bristol-based runner has reinvented herself as a marathoner and impressed on her debut in London

Hannah Alderson quietly produced one of the British success stories of the 2022 TCS London Marathon. Setting off from the championship start, she flew under the radar to clock 2:35:56. It was a time beaten on the day by only one British woman – Rose Harvey with 2:27:20 from the elite start – and placed her 11th female overall. What’s more it was her debut at the distance and achieved off a training programme of just four runs per week.

It is almost 10 years to the day since Alderson competed for Britain at the European Cross Country Championships on a snowy course on the outskirts of Budapest. Back then, in December 2012, she was part of an under-23 team that included Beth Potter, Lily Partridge and Jess Piasecki – the latter of whom struck gold that day.

Alderson did not enjoy the best run in Budapest as she had been unwittingly running on a stress fracture in her navicular bone for several weeks. Surgery soon followed with pins placed in her ankle and, as she drifted away from competitions, she began to focus on a career as a primary school teacher rather than an elite runner.

During her break from the sport she continued to run a little to keep fit, though. The past two years have seen her jump into a few more competitions as well – winning some local road races – and she prepared for London in October under the guidance of her long-time coach, Alan Thomas.

“It definitely went better than expected,” says Alderson on her London run (main image, above). “I surpassed the target time that I had in my mind. You never know what to expect in your first marathon so I was pleased with the outcome and it’s given me confidence that I can run a little quicker next time.

“I was worried about hitting The Wall but I listened to my body and managed to get across the line without blowing up too much.”

Impressively she only runs about four times per week and had a longest run of 22 miles going into London. Yet she felt good most of the way and feels she has generally always raced better at longer distances.

“I probably could run more than four times per week but I don’t want to,” she says. “I like the balance of my training and work and down time. So I think I have that (balance) spot on at the moment. I’d still like a PB though and I think I can do this with some small adjustments.”

She adds: “I think high mileage works for some athletes but not others. I think I’ve run well off low mileage. I feel fresher before I run and I can get good quality sessions done. Even my long runs have had some of the miles done at race pace, which seems to have worked well.”

The Bristol-based athlete was a talented teenage runner who won medals at the English Schools and UK School Games at 3000m. That ability is now emerging in the marathon and she is hoping to take more time off her best in the 2023 London Marathon in April.

“I hope her story will be an inspiration to other athletes who have been unable to compete for whatever reason that ‘class is permanent’,” says her coach. “With hard work and sensible goals it is possible to become competitive again and enjoy the rewards that our wonderful sport can provide.” 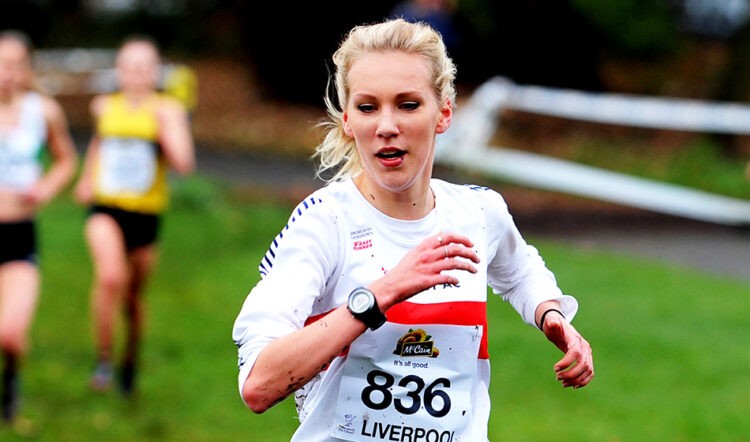 Does she regret having such a long break from competitions? “Because I’d trained so seriously from a young age I realised I’d missed out on quite a lot such as social things,” Alderson reflects.

“I’d been very focused on one thing – running – and it was quite a lonely sport in the end. There had been a big group of us going warm weather training etc but as they dropped out then I stayed in it and I felt a bit lonely and isolated. It was quite nice to just be able to run for the enjoyment of it and not getting worried about how I’d race or whether I was doing enough training.

“It was heart breaking to get the stress fracture (in 2012) when I was at peak fitness but later on I realised I didn’t want to go through the injuries and frustrations again.”

After her injury-hit period a decade ago together with a long hiatus from competing, the 30-year-old is keen to simply enjoy the sport. She has little to prove, especially as far as her primary school pupils are concerned. They already think she has won the London Marathon anyway!

She adds: “The interest shot up at their running club after school. A lot of them ducked out of judo and went running instead, so the judo leader wasn’t best pleased.”