It was almost the perfect end to the Commonwealth Games. After a pulsating final leg of the last event of the week – the women’s 4x400m – English anchor runner Jessie Knight survived a late attack by Kyra Constantine of Canada to win by one hundredth of a second. The 30,000 capacity crowd roared and everyone went home with a smile on their faces.

As the sun set on the Alexander Stadium and these 2022 Games, though, the controversy began when it emerged England’s second leg runner, Jodie Williams, had put her foot inside her lane when taking the baton from Victoria Ohuruogu. Images of the incident swirled around social media and Ohuruogu, Williams, Knight and team-mate Ama Pipi were oblivious until later that night.

The team was subsequently disqualified and England did not feel it was worth putting in a protest. Canada were awarded gold in 3:25.84 with Jamaica second in 3:26.93 and Scotland moving into the medals with 3:30.15. It was a rollercoaster of emotions and England’s loss was Scotland’s gain.

The England team had run brilliantly with Ohurugu, Williams and Pipi, who had finished second, third and fourth in the individual 400m earlier in the day, running strongly to give Knight a lead of several metres.

Canada were led off by Natassha McDonald, who passed to Aiyanna Stiverne and Micha Powell before Constantine was given the job on the anchor. Scotland, meanwhile, battled hard with Zoey Clark, Beth Dobbin, Jill Cherry and Nicole Yeargin. 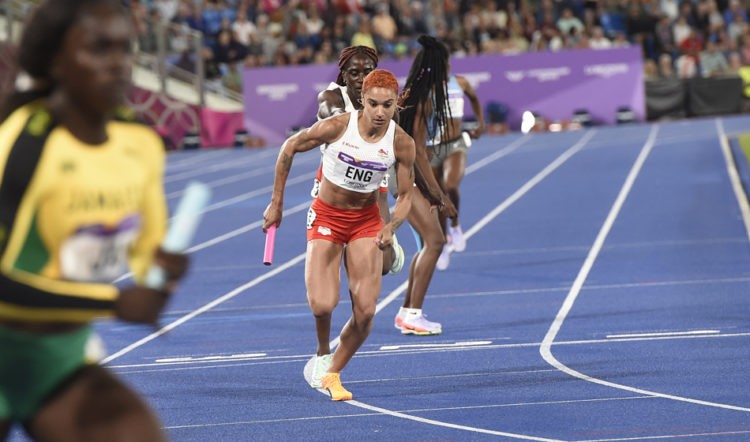 Dobbin said: “I think one of the track judges missed it. There wasn’t an appeal and we were told straight away.

“It is quite difficult because we are all friends with the English team. We are on the GB team with them, so it is bittersweet. I’m so happy to have a medal, but I’m gutted for the English girls, they didn’t deserve this. But it was one of those things.” 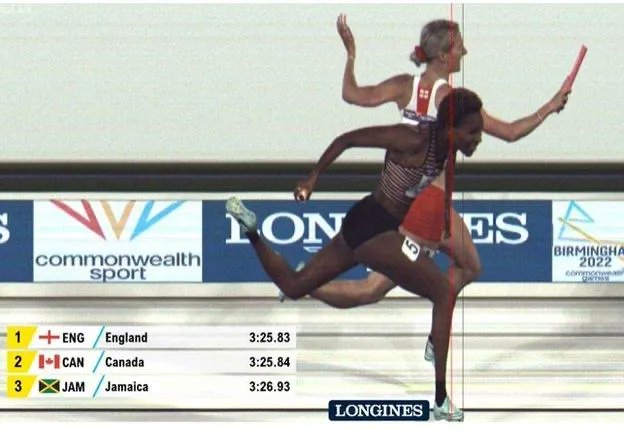 Canadian sprinter Powell said: “It was fantastic we really fought for every single step. Everyone on our team did their part and I’m really proud of us.

“There’s this chemistry that we keep building every single race. Again, I just can’t say enough about these incredible women who fought for every single stride. It was a really, really strong, strong run from all of us.”

The only controversy in the men’s 4x400m was that there was no representation from the home nations. Trinidad & Tobago took gold in 3:01.29 with individual 200m winner Jereem Richards running a terrific anchor. Botswana took silver in 3:01.85 with Kenya third in 3:02.41. 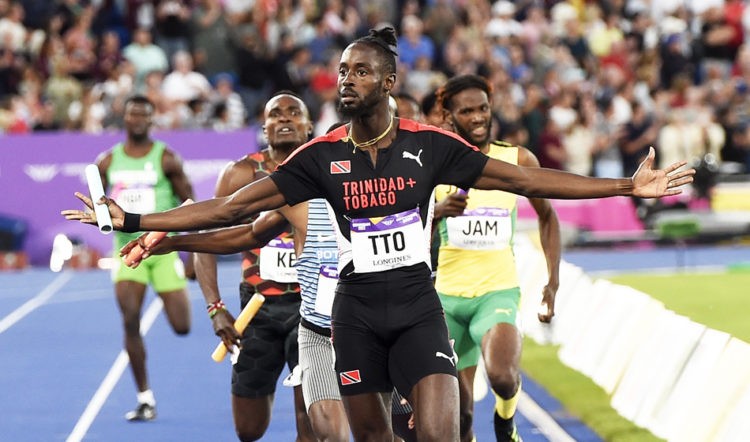 With runners like Matt Hudson-Smith, England would surely have had a medal chance but they did not enter a team. This was due to the Commonwealth Games Federation’s strict athlete limit quota although many of the spectators will simply have been bemused to see small nations like Turks & Caicos and Papua New Guinea but no English squad to support.