Bradley isn’t saying why he feels the Spence-Crawford fight won’t happen soon. Still, he likely feels the recent troubles with Crawford wanting visibility on expenditures for the contest will make it impossible for it to go ahead unless he backs off with this request.

It’ll be disappointing to the fans if we don’t see the fight between Spence and Crawford until next year because there are not a lot of great fights that have a realistic chance of getting made in the meantime.

We’re not going to see Spence fight Keith Thurman, and likely not Jaron ‘Boots’ Ennis either.

“I would say to the fans, ‘Just forget about it for now.’ Sometimes the best thing to do is to let it play out. Just don’t even talk about it. Let’s not bring it up.

“Let it play out because we get our hopes up, and then they destroy us. ‘Oh, the fights not going to happen until next year.’ So if we just forget about it and wait until it happens, and once they announce it and they’re actually in the ring, that’s when we get excited about it.

“Until then, I just let off that fight. I know the fights going to happen. There’s no doubt about it. The thing that kind of sucks to me about the whole situation is that we have some young talent that I believe in the division that has earned their right to fight for those belts.

“They’re kind of being handcuffed at the moment for whatever reason, with the negotiations for this big fight. I think that’s extremely unfair if these guys can’t come to terms anytime soon.

“It’s taken over a year, and we have these young guys like a ‘Boots’ Ennis and a [Vergil] Ortiz. These guys should have the opportunity to fight for these straps.

“I would have mentioned Conor Benn, but some news popped up today about Conor Benn that I’m not too about. Conor should be ashamed of himself. Anyways, that’s another note, another story.

“That’s my take on that. If the [Spence vs. Crawford] fight is going to happen, it’s not going to happen this year, but it will definitely take place,” said Bradley. 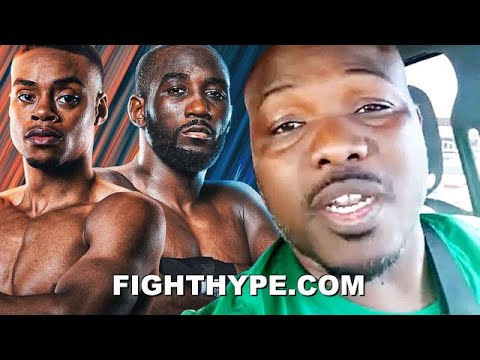