Canelo Vs. Golovkin III To Fight For WBC Zapoteca Belt Artisans have created the beautiful Zapoteca belt, which will be available for Canelo (57-2-2, 39 KOs) and Golovkin (42-1-1, 37 KOs) in their upcoming DAZN pay-per-view trilogy match on September 17th at the T-Mobile Arena in Las Vegas.

Canelo will have his four titles up for grabs, and it’s pretty important that he not lose this fight because it would be his second loss in a row. He was embarrassed by Dmitry Bivol last May, who showed how limited the Mexican star is as a fighter.

Canelo had gotten away with padding his record in the last four years, beating fighters from Europe with marginal talent.

Against the weak bunch that Canelo beat one after another since 2018, it hid his glaring defects in his game, which were partially exposed previously by Golovkin, Erislandy Lara, Floyd Mayweather Jr., and Austin Trout.

Today, we unveil the “Zapoteca Belt” also known as “Jaguar Warrior Belt”, a masterpiece created by the greatest artisans of the Zapotec culture, from the State of Oaxaca.

This special trophy will be contested by #CaneloGGG on Sept. 17 at the T-Mobile Arena. pic.twitter.com/xRdTeQMMBn

More important than the special Jaguar Warriors belt created by the WBC, Canelo and Golovkin will be battling to keep their careers afloat. It’s not just the 40-year-old Golovkin that will be fighting tooth & nail to remain relevant.

Canelo will as well because he looked his all-time worse against Bivol, and the ridiculous scores handed in by the three judges that worked the fight were a joke.

All three of the judges that worked the Canelo-Bivol fight turned in identical scores of 115-113, which were way off from the fight that had taken place. The scores arguably should have been 119-109 x 3, as Canelo appeared to win only one or two rounds at best.

Canelo says he wants to end Golovkin’s career by knocking him out on September 17th, but that’s pretty far-fetched. Canelo lacks the gas tank to attack Golovkin in a continuous way required to knock him out.

It will be a big mistake on Canelo’s part if he empties his gas tank trying to stop Golovkin because he’ll be there for the taking by GGG afterward, and he’ll take full advantage of it.

Canelo is a good fighter, but his Achilles heel is his poor cardio, which has hampered his entire career. It’s not going to improve at this point, with Canelo being 32 and coming off his arguably worst performance of his career against Bivol. 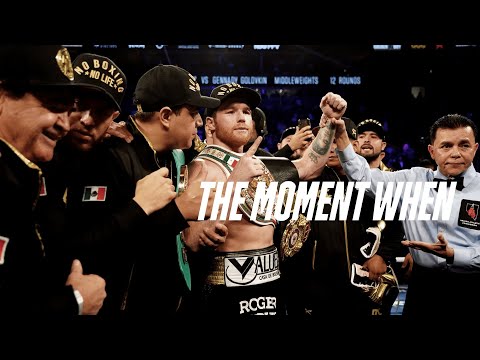