By Sam Volz: Tyson Fury believes everything favors him and Deontay Wilder meeting up next year for a fourth fight after he defeats Andy Ruiz Jr in the final WBC heavyweight title eliminator.

As Fury points out, it’s going to be next to impossible for Ruiz to avoid getting clipped by one of Wilder’s big right hands.

The easy to hit Ruiz would need to avoid getting nailed by Wilder for 12 rounds, and Fury doesn’t see that as possible, particularly with the way he was getting repeatedly tagged by 43-year-old Luis Ortiz last weekend.

Ruiz’s face looked all jacked up afterwards, making him look more like the loser than the winner.

Former WBC champion Wilder (42-2-1, 39 KOs) still has to defeat Robert Helenius on October 15th next month, but that shouldn’t be a problem for him given how good he’s looking in training.

Wilder has slimmed down to the fighter that gave Fury pure hell in their first fight in 2018, and he’s looking faster with the same speed & power that he had in his best years.

After Ruiz’s victory over Luis Ortiz last Sunday night, Wilder entered the ring in what was a clear signal to the boxing fans at the Crypto Arena in Los Angeles that he’ll be next, provided he gets past the dangerous puncher Helenius.

“Well, considering the fact I don’t like Wilder and I do like Andy, I’d wholeheartedly want Andy to batter him,” said Tyson Fury to RingTV about a potential fight between Deontay Wilder and Andy Ruiz Jr. However, Wilder is a dangerous man and I don’t think Ruiz is slick enough to avoid a punch for 12 rounds.”

“Wilder is always going to land on all these heavyweights, especially the heavy ones, just like he did Ortiz and all the rest. It took Joshua seven rounds to break down Dominic Breazeale. Wilder? It took him one punch,” said Fury.

“He’s got to land on Wilder first. If he can do that, he can win the fight,” said Teddy Atlas on The Fight about his view that Ruiz could possibly beat Wilder if he lands first.

“Wilder just knows how to punch with the right hand. He does a lot of things wrong.”

“Ortiz had him [Wilder] on queer street, and obviously, Fury got to him in a big way, so it’s not like he can’t be rocked either,” said Ken Rideout about Wilder. “He could just as easily get to Wilder.” 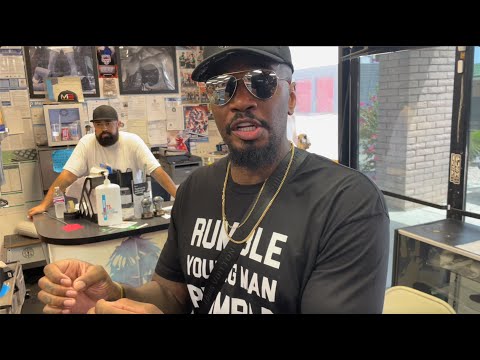