What’s next for Birmingham? – AW “Be bold”, came the rallying call. As if Birmingham would be anything but. Throughout the 2022 Commonwealth Games the energy across the region was electrifying, and the city – so vibrant and full of colour – danced to the beat of its own unique tune.

Cynics were hushed as Birmingham embraced the Games. It was a love story, with packed stands, incredible sport and a carnival atmosphere that stretched from the spectacular opening ceremony with the monumental Raging Bull, to the closing ceremony party that paid tribute to the diversity of the West Midlands and its unique musical heritage.

“For a Games so often pilloried for second-rate standards, Birmingham 2022 showed how to succeed by simply being itself,” said the organisers. “It provided a blueprint for future editions by actively prioritising the pursuit of a feel good factor over the never-ending narrative of win-at-all-costs.”

The Commonwealth Games closing ceremony at Birmingham’s Alexander Stadium played out to a live audience of over 30,000 and a global audience of more than a billion people. It signalled the end of 11 days of magnificent sport, with 4500 athletes competing across 19 sports and eight para sports in the largest event to be staged in the West Midlands. Supporting the delivery of the Games were a total of 14,000 volunteers. 1.5 million tickets were sold, which was a record for a UK Commonwealth Games, and across 14 days, Birmingham welcomed 5.1 million people into the city, smashing all previous records.

“It’s been wonderful,” reflects Councillor Ian Ward, Leader of Birmingham City Council. “Right from the Monday into the Games you could sense the excitement building amongst the people of Birmingham.

“Then, when the Games launched … and with the iconic image of the bull, when people woke up the following morning to discover that it was in Centenary Square, that was the trigger for huge, huge flocks of people coming into Birmingham to be part of the Games. It was wonderful to see a kind of awakening of the people of Birmingham as they rediscovered their belief and civic pride.

“Throughout the Games there was a fantastic atmosphere and vibe right across the city as we welcomed people from across the world. The sport was wonderful. I know people say that the Commonwealth Games isn’t the same as the Olympics, of course it’s not, but at the Olympics you don’t get to see the Falkland Islands competing against the Isle of Wight, you don’t get to see some of those tiny countries that never get a look in at the Olympic Games.

“We’ve demonstrated that the people of Birmingham love athletics and we can fill a stadium, and I think that’s important for our bid to host the European Athletics Championships in 2026 – that we can demonstrate to the European Athletics Association that we can not only put on their event with some style in a stadium of 30,000 seats, but we can fill that stadium morning and evening. We can also create an atmosphere in the city centre again through an arts and cultural programme that will give a vibe to their event. Hopefully, we can do for the European Athletics Championships what we’ve done for the Commonwealth Games.”

No major event can be without its legacy. The feel-good factor post-London 2012 continued with the 2014 Commonwealth Games in Glasgow and the World Athletics and World Para Athletics Championships in London in 2017. The aim is to back up Birmingham 2022 with the European Championships in 2026, another high-profile multi-sport event with athletics at its heart.

“We’ve got to keep going, we need to bring more things to the city that put Birmingham on a global platform,” says Ward.

“We need to confirm that we’ve got funding in place [for the European Championships]. Then, in November, we present our bid – and the decision point is in November – so we’ll know relatively quickly.

“We’ve been sending photographs of the full stadium to European Athletics, and they were over here during the Games so they’ve seen everything that we did and the spectacular way we presented the athletics, so I’m increasingly confident that we can put together a very, very compelling bid and make a compelling case.

“We’re working very closely with British Athletics, and we’ll seek to convince European Athletics that by bringing it to the UK – this event has never been to the UK before – we can put it on a different level.”

The British capital has been a regular fixture on the Diamond League circuit since the series’ inauguration in 2010, but with the UK in the envied position of hosting two Diamond League fixtures until 2019, Birmingham has also enjoyed world class athletics on an annual basis and Ward is determined to continue that trend.

“We’re looking to have a legacy for athletics off the back of hosting this event and we’re talking to British Athletics about the future [of the Diamond League fixture]. I’m still of the view that our stadium will become the national stadium of athletics. I don’t believe the London situation will be sustainable and I think the stadium we’ve got is ideal for Diamond League. I also want to talk to them about a floodlit event in the future. I think there’s something special about athletics under the floodlights.” 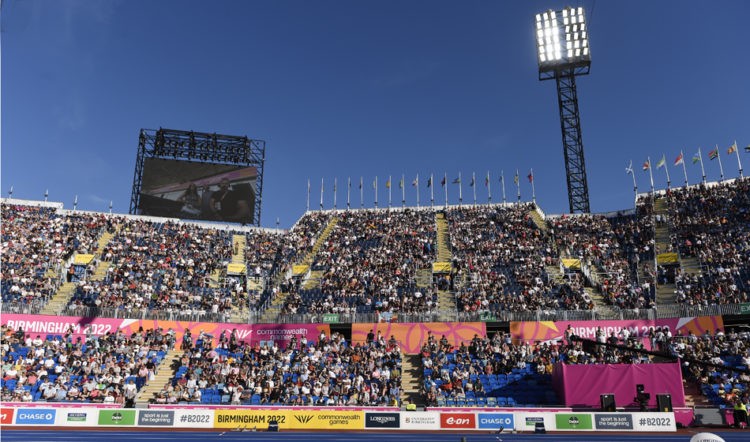 For now, the focus is very much on Birmingham’s European Championships bid and the evidence in support of the city’s credibility and capability to host the multi-sport event is increasingly strong.

Aside from its obvious successes, including the exceptional group of volunteers who created a special atmosphere for visitors from across the world, Birmingham set out to deliver a carbon-neutral Commonwealth Games and the most sustainable Games to date, and that has been achieved.

A critical part of that commitment was the forming of a new partnership with Severn Trent who delivered standout initiatives on behalf of Birmingham 2022 including the creation of 2022 acres of forest, as well as 72 tennis-court-sized mini forests – each linked to one of the nations and territories competing at the Commonwealth Games in 2022 – to be built in urban areas across the West Midlands.

Perhaps more obvious were the Games’ water stations throughout the city, providing free tap water to all visitors and contributing to a reduction in single-use plastic.

“I think we set a benchmark not only for Commonwealth Games in the future, but for all multi-sport Games going forward including the Olympics,” says Ward. “I think we’ve raised the bar of what is expected at these events.

“I know that [2028 hosts] the State of Victoria are faced with a big challenge to equal what we have done because they told me so at the closing ceremony. The fact that we’ve had people from the city of Melbourne – which as far as I’m concerned is the world capital of sport – who have come here to learn how to present sports, I think that’s a fantastic compliment for our city. 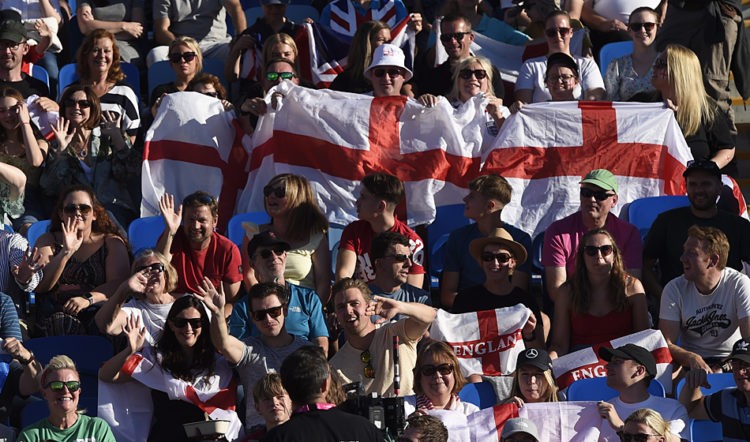 “I’m sure there are things we could do better next time. I know we received some comments about transport arrangements and we had a rail strike of course which didn’t help, but what was incredible was that the Games Family, who have access to transport to and from venues and Games hotels, some of them told me that by the end of the first week that they preferred to get on the buses because the people of Birmingham made the atmosphere so much better.

“I think people went home with very, very fond memories of Birmingham, largely due to the efforts of the volunteers, and for those who came to Birmingham – possibly for the first time – I think they were genuinely amazed by the city and what it has to offer.

Birmingham Boxng Whats
Share. Facebook Twitter Telegram WhatsApp Email
Previous ArticleHome is where the heart is for Birchfield Harriers
Next Article What do we know about Budapest World Athletics Championships 2023?