By Charles Brun: Tyson Fury revealed today that he’s giving Anthony Joshua a 60-40 purse split, “take it or leave it,” offer for a fight in November in the UK.

The fact that Fury (32-0-1, 23 KOs) wants the fight in November is likely the deal-killer right off the bat, as that gives Joshua (24-3, 22 KOs) very little time to prepare and no rest from his recent loss to IBF/WBA/WBO heavyweight champion Oleksandr Usyk on August 20th.

Eddie Hearn already said today that the plan is for Joshua to fight on December 10th or 17th. So, unless Joshua chooses to override those plans, Fury is out of luck with his offer to fight AJ in November.

If you’re Joshua & Hearn, you’re telling Fury to go kick rocks because they’re not going to agree to his November idea, and it’s dumb to fight in the UK if there’s more money to make taking the clash to the Middle East.

If you’re Fury, it would be a good idea to change his offer and move the fight to December if he’s serious about fighting Joshua. It doesn’t matter that Fury holds the WBC title and is unbeaten.

His belt means nothing because Joshua is the more popular fighter, and that means everything when it comes to negotiating a fight.

Joshua would be better off telling Fury to get lost and stick with his original plan of fighting a top 15 contender in December.

AJ needs to get three tune-up fights under his belt before he turns his attention to fighting for a world title.

If Fury is still fighting by that time and hasn’t retired, so be it. He might not be a belt holder by the time Joshua finishes with his tune-up fights, as Usyk could dethrone him in early 2023.

“The actual answer is I’ve offered him 60-40. 40% of this amazing fight because I want this fight to happen. He [Joshua] doesn’t have any excuses now not to take it.

Given Joshua’s popularity, a 55-45 split would be better for him to agree to for the fight in December, not 60-40. Forget about November. That’s a stupid idea. 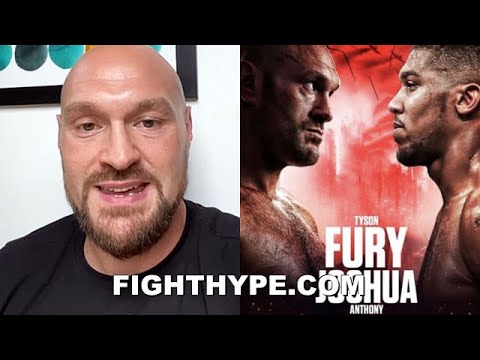