By Barry Holbrook: Matchroom Boxing revealed moments ago that the Chris Eubank Jr vs. Conor Benn has been postponed. There’s no word for when the contest will be rescheduled, so the fans will need to wait & see when or if that will happen.

Matchroom states that the British Boxing Board of Control’s move to not sanction the Eubank Jr-Benn fight was flawed and without due process. 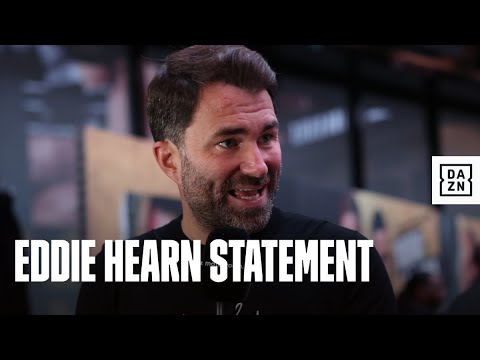 It’s unclear if the BBBoF had access to Benn’s B-sample for his positive test for the banned drug clomifene before they chose not to sanction the fight.

Ideally, you’d like to have seen the B-sample revealed before the BBBofC made their decision not to sanction the fight. Hearn said on Wednesday that the B-sample wouldn’t be revealed by Saturday.

Now, it will be interesting to learn if Benn (21-0, 14 KOs) will be suspended or banned from boxing following his positive test. We saw the huge backlash against Jarrell ‘Big Baby’ Miller after his positive tests. Will there be the same blowback in the case of the Matchroom-promoted Conor Benn?

On Wednesday, it was learned that the British Boxing Board of Control wouldn’t be sanctioning the Eubank Jr-Benn fight due to Benn’s positive test.

Eddie Hearn talked of keeping the fight going, possibly using another commission, making it an exhibition match, or obtaining an injunction. But according to the Daily Mail, the Eubank Jr vs. Benn fight is “shelved.”

Naturally, fans are angry about the fight being canceled, particularly those who had already paid to watch it on pay-per-view. Those fans will need to get their money back.

Given all the anger aimed at Conor Benn over his positive test, it would be wise for Hearn & Matchroom to permanently forget about rescheduling the fight with Eubank Jr.

It would be better for Benn to move on and return to the welterweight division rather than revisit the idea of fighting Eubank Jr. Hearn had talked about wanting Benn to challenge for a world title at 147.

That would be a good idea because if Benn can capture a world title at welterweight or, at the very least, beat a talented contender like Jaron ‘Boots’ Ennis, a lot of the heat that’s on him now will be forgotten.

Benn will obviously need to be strictly tested for any fights that he takes from this point on because the fans & his opponents will want to know he’s clean.