There’s still no word about how the banned drug clomifene got into Conor Benn’s system for the VADA test that he’s said to have taken last August. Moreover, why hasn’t the B-sample been tested? We just don’t know. Benn has thus far denied any violation.

It’s a real shame that all the work that people have put in to make this fight and promote has gone to waste. Eubank Jr (32-2, 23 KOs) has had to cut weight to make the strength-draining 157-lb catchweight for the fight, and now all that’s for nothing.

Benn was being given a huge handicap with the 157-lb catchweight and the rehydration clause, which is said to have been near 10 lbs.

Not only would Eubank Jr have had to drain down to 157 pounds for the weigh-in, but he would have had to limit fluid intake overnight to keep his weight within the 10-lb limit for the secondary weigh-in at 11:00 am on Saturday morning.

With this kind of double whammy, it would have done a number on Eubank Jr in terms of weakening him for the fight with Benn.

It’s unclear at this point if the Eubank Jr vs. Benn fight will be rescheduled for a later day. You got to imagine that with the taint from Benn’s positive drug test, it’s possible that the Eubank Jr fight won’t be rescheduled because the boxing public will lose interest.

“What’s the point of having a drug test if you’re going to ignore the results,” said Johnny Nelson to talkSPORT Boxing, talking about the positive test for Conor Benn ahead of his fight with Chris Eubank Jr. on Saturday night.

“The worst case scenario. Boxing is the only place [in sports] where you can get killed, especially in this situation where a guy [Eubank Jr] is coming down in weight.

“You’ve seen a drug [clomifene] that will help mask other drugs. That’s what that drug will also do as well. The question is, how did it get into his system? The Boxing Board cannot u-turn because it’ll undermine them. They will set precedent for it happening again and again,” said Nelson. 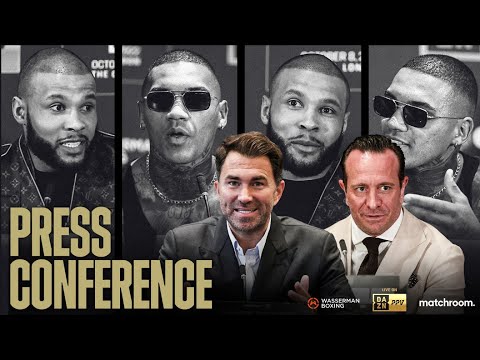