Despite knocking Ortiz down several times, Ruiz barely won the fight due to him getting outboxed in ten of the twelve rounds.

The only rounds that Ruiz looked good were the ones where he scored knockdowns in the second and seventh. You take away those rounds; Ruiz was getting schooled by the still talented Cuban fighter Ortiz.

It was disappointing to see how easily Ortiz was controlling the fight, given that he much older than the 32-year-old. However, with the inactivity that Ruiz had had, fighting just twice in the three years, it’s not surprising that he looked so poor.

The huge money that Ruiz made from his two fights against Anthony Joshua appears to have done a number on his ambition, as he’s not stayed active enough to remain sharp.

There’s no telling whether Wilder will beat Helenius (31-3, 20 KOs) on October 15th, considering this is a big puncher the ‘Bronze Bomber’ is facing, and he’s coming off a long layoff and consecutive defeats against Fury.

It’s a risky move on Wilder’s part to take on Helenius in his first fight back from a layoff. Helenius is a far bigger puncher than Fury, but he’s not as skilled or as crafty.

Assuming Wilder finds a way to beat Helenius, it’s going to create an interesting match-up potentially between him and Ruiz.

Wilder has the power to spark Ruiz out quickly if he can land the same shots on him that Ortiz did. On the flip side, Wilder’s punch resistance is every bit as bad as Ortiz’s, and he could get knocked out if Ruiz can land his counters.

There’s the potential that Wilder may opt to skip the Ruiz fight for the final WBC eliminator, as he’s already fought Fury three times. At this point, Wilder may not fancy the idea of a fourth fight with Fury. 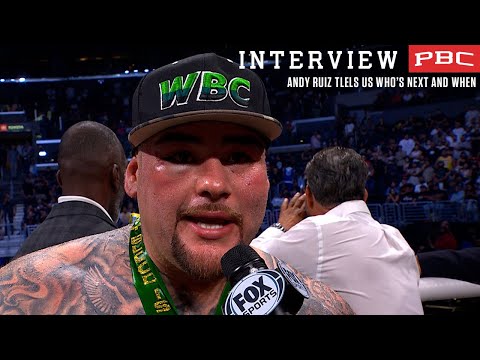