The man behind the New York City Marathon An exclusive interview with Vincent Chiappetta, co-founder of the New York City Marathon

When the first New York City Marathon occurred in Central Park back in 1970, 126 athletes attempted the several loops but less than half of those who entered actually finished.

Fast forward just over five decades and the Big Apple plays host to over 50,000 runners, who will try their luck over 26.2 miles across the city’s five boroughs (the Bronx, Brooklyn, Manhattan, Queens and Staten Island) on Sunday (Nov 6). It is the largest marathon in the world.

At 87, co-founder of New York Road Runners and the marathon itself, Vincent Chiappetta is still going strong.

He’s been running for 71 years and his passion is unrelenting and unwavering.

Over the past 52 years the New York City Marathon has seen hundreds of thousands people complete the race while, on average, two million people now also tune in on TV.

Chiappetta, who grew up loving running due to a dislike for team sports at college, was determined that New York host a race which would inspire generations to not just achieve their goals but get fit and healthy. He also helped take distance running out of track and field, turning it into a separate entity.

Alongside Fred Lebow, who passed away from brain cancer in 1994, the pair went about establishing a looped course in Central Park – it was initially going to be at the Yankee Stadium – before in 1976 they were granted access to the city’s five boroughs.

He can’t quite believe how far the race has come.

“When I started it we wanted people to get into better shape and they did,” Chiappetta says. “It’s amazing how many people have enjoyed doing it and tell others about it. It’s fabulous.

“We ran the longer distances and we wanted to use running as a tool for fitness as we knew how good it was but the perception was different. I remember one man thought that he’d die if he did a marathon but he ended up doing it in 2:36! We changed the whole world with what we did.

“What’s great is we run through every borough and the people love it as you can see on a map where you’re going. All the neighbourhoods, with different backgrounds, come out and support the athletes.” 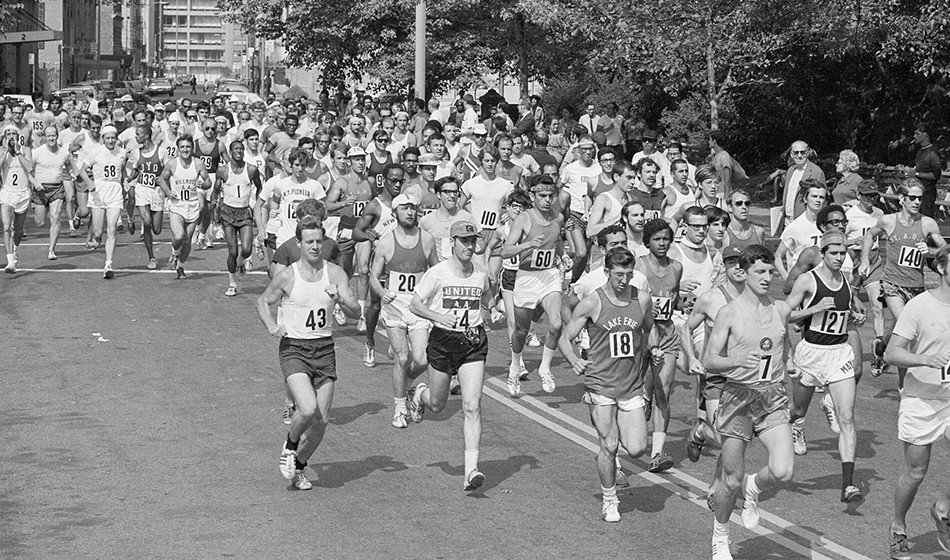 Chiappetta was instrumental in getting women running on an equal basis. It’s perhaps fitting that only women have ever set world records in the able-bodied races. Beth Bonner was the first after clocking 2:55:22 in 1971. She is frequently credited as being the first woman in history to run a marathon in under three hours.

“Through the years the women started breaking records,” Chiappetta tells AW. “Women are running faster times now than the men did back then. It’s absolutely fantastic.

“That’s a philosophy and it’s permeated so many people. It’s beautiful. When I started it we just wanted people to get into better shape and they did. It’s amazing how many people have enjoyed doing it and tell others about it. It’s fabulous.”

The New York Marathon is one of the six Abbott Major Marathons alongside London, Berlin, Tokyo, Chicago and Boston. 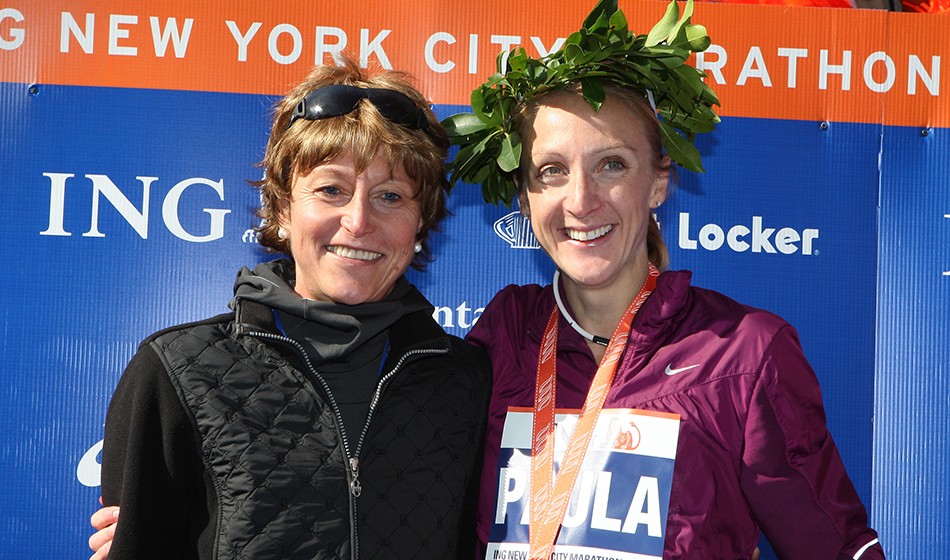 One of the most iconic shots is when the runners pass through the Verrazzano-Narrows Bridge, which connects Staten Island and Brooklyn.

Like any marathon, it’s a chance to show off the city.

“Once we went to five boroughs we got TV coverage, all the newspapers came down and it was showcased around the world,” Chiappetta adds. “Every year we got more international entries and by 1981 we had about 6000 people.

“We don’t have the historical landmarks of the London Marathon for example but this is New York, it’s an attraction and people are drawn to it.

“It’s got to the point about limiting the amount of people but so far we haven’t had to do it. There are 90,000 people who apply. We don’t know how the figures will look in the future. This year we will find out whether we’ve peaked. If we get 50,000 people then we’re doing very well.

Participation figures remain strong for marathons worldwide but data shows, that we explore in our November issue of AW, that entries for half marathons and 10km races are down since they restarted after the Covid-19 pandemic.

However, with jaw-dropping world records from the likes of Eliud Kipchoge this past year, a chance to run past famous landmarks and the marathon being the ultimate test of endurance for someone, it’s unlikely races over 26.2 miles will suffer the same fate.

Chiappetta is one of the best placed people to judge whether that’s a possibility.

“We’re not sure what’s going to happen but as long as people want to run they will want to do marathons,” he says. “Even if it’s just one. Why? It’s a statement. You need a certain amount of proficiency to achieve it. As long as people view them in that way then marathons will go on.

“We may even need to put two New York City marathons on in the future if numbers rise further, you know!”