At the age of 26, Soufiane El Bakkali has become Olympic and world 3000m steeplechase champion, turned into a hometown hero in Morocco and aims to create more history in 2023 by breaking the world record.

The mark of 7:53.63, set by Kenyan-born Qatari Saif Saaeed Shaheen, has survived since 2004. El Bakkali’s personal best of 7:58.15 sees him 10th on the all-time list. Given he went through 2022 unbeaten, and won two major gold medals in as many years, the Moroccan will be buoyed by his form.

El Bakkali is focusing on improving his speed work across 1500m – his personal best is an impressive 3:31.95 – to finish steeplechase races even more strongly.

“I entered 2022 with pressure as I didn’t yet win a world title but I am used to pressure as I have a lot of goals,” El Bakkali told AW at the 2022 World Athletics Awards.

“My childhood dream was being an Olympic champion. Outside of Morocco I felt like a big star, especially in the 3000m steeplechase, an event dominated by the Kenyans for a long time.

“Every year the goals have changed and now the focus is breaking the world record.”

El Bakkali is not wrong. Since the first World Championships in 1983, a Kenyan has claimed the gold medal in all but five of the editions.

With 269,000 followers on Instagram, he has now elevated his status to that of a household name across Rabat, Casablanca and Marrakesh.

The best example of this was when he competed on home soil at this year’s Rabat Diamond League in front of a partisan home crowd. It was the first time the Diamond League had been in Morocco, due to the Covid-19 pandemic, in three years. Combined with the fact that the 3000m steeplechase was the last event, and El Bakkali hadn’t competed in front of the Moroccan crowd since his Olympic gold medal, the atmosphere was electric.

“It was a football game,” El Bakkali says. “Especially that the event was the last one. It was the first time I’d competed on home soil since winning gold at the Olympics. The people went down to the track afterwards and celebrated with me. It was a special moment.” 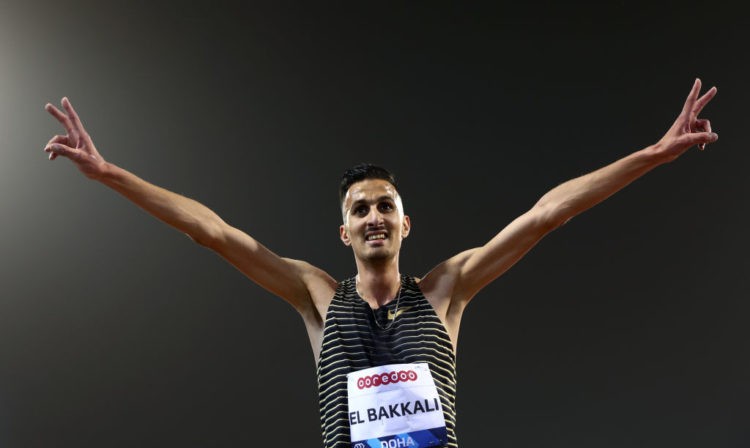 With the last race that El Bakkali lost being the Zurich Diamond League final last year, expectations will be high ahead of 2023.

El Bakkali is now the one being chased down and expectations have changed since his Olympic gold in Tokyo.

You get the feeling this may just be the beginning.