British runners ended the inaugural World Mountain and Trail Running Championships in Chiang Mai, Thailand, on Sunday (Nov 6) with a number of medals in the up-and-downhill mountain race.

Jess Bailey and Rebecca Flaherty finished one-two in the junior women’s race as they led Britain to team gold medals in the hot and humid conditions.

Elsewhere there was a team silver for the senior women’s squad and team bronze in the junior men’s race on a day that was otherwise dominated by mountain runners from Uganda.

Bailey, who runs for Leven Valley in Cumbria, clocked 26:27 in the 6.4km junior women’s race as runner-up Flaherty of Bingley Harriers (above left) ran 27:45.

Axelle Vicari of Italy (above right) was third with Ellen Weir ensuring Britain won team gold as she finished fourth with team-mate Emily Gibbins 18th. With a near perfect score of seven points it meant Britain easily won the team competition from Italy and France.

Uganda were even more dominant in the junior men’s race as Leonard Chemutai, Caleb Tungwet, Denis Kiplangat and Silas Rotich swept the top four positions with Chemutai beating his team-mates by more than half a minute to take individual gold. 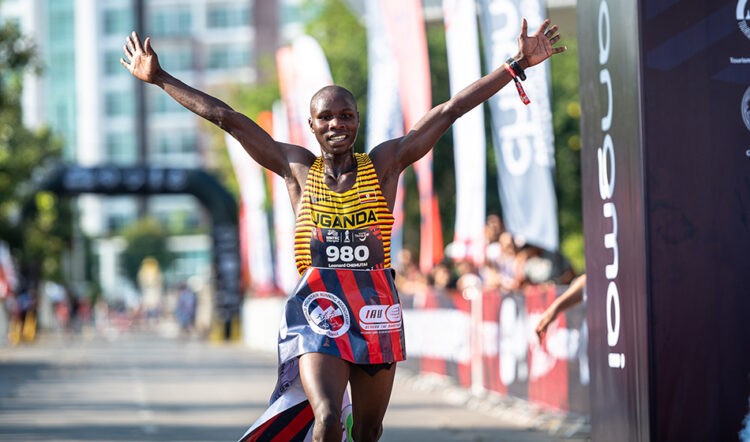 Finlay Grant ran superbly to finish fifth for Britain as he led his squad to team bronze just one point behind silver medallists France.

Grant was supported by Fraser Gilmour in 10th, William Longden in 19th and Edward Corden in 26th.

Uganda also enjoyed huge success in the senior races, but there was more silverware for Britain too.

Both races were over 11.2km with a steep technical loop sandwiched by flat, fast running that went in and out of Chiang Mai.

Samuel Kibet of Uganda clocked 40:02 to win the men’s title by 10 seconds from Patrick Kipngeno of Kenya.

Kipngeno had won the uphill-only title on the first day of the championships but could not stay with Kibet here and the winner was backed up by team-mates Timothy Toroitich, Leonard Chemonges and Eliud Cherop in third, fourth and fifth respectively as they took the team title with ease from Spain and Italy. 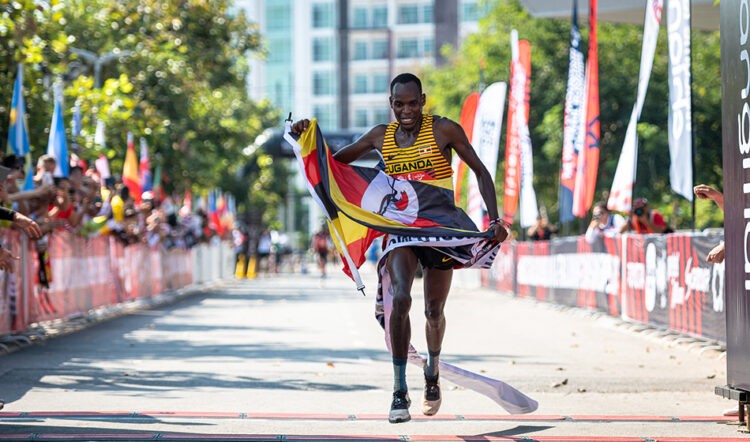 Rebecca Cheptegei and Annet Chelangat made it a Uganda one-two in the senior women’s race as Cheptegei ran 46:25 to win by half a minute from her team-mate as Allie McLaughlin – the American who won the uphill-only title two days earlier – battled home in third. 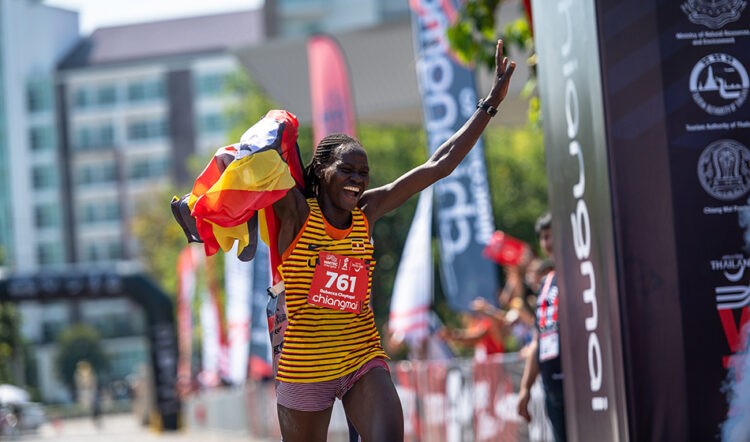 With Uganda’s third runner failing to finish, Switzerland won team gold thanks to Judith Wyder in 6th, Maude Mathys in 13th and Rea Iseli in 15th but Britain took a splendid team silver. 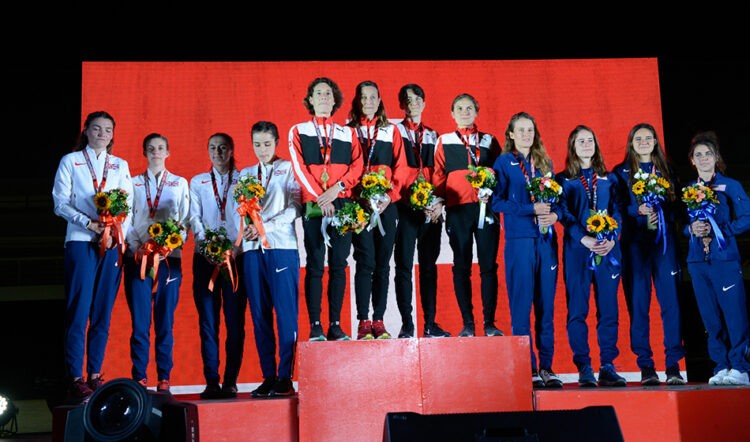 To read our report from day one of the uphill-only events, click here. For our day two coverage of the trail races, click here.

The next World Mountain and Trail Running Championships is in Innsbruck-Stubai, Tyrol, on June 6-10 next year.