Jakob Ingebrigtsen, Karoline Grøvdal, Charles Hicks and host nation hope Nadia Battocletti are among those defending their titles in Turin on Sunday

Unlike this month’s FIFA World Cup venue of Qatar, which has drawn criticism for having scant sporting history and tradition, the Euro Cross host nation of Italy is steeped in cross-country heritage. Since the 1997 World Cross, the country has held the Euro Cross three times – in Ferrara ’98, San Giorgio su Legnano in 2006 and Chia in 2016 – which demonstrates an appetite to showcase what is often described as the ‘purest form of running’.

Italy has also produced its fair share of cross-country runners over the years such as former world champion Paolo Pigni, Franco Fava and Alberto Cova, among others. Championships aside, the country is also home to the historic Cinque Mulini, which started in 1933 and sees athletes running through buildings.

The competitors this Sunday (Dec 11) will experience this in La Mandria Park, too, due to part of the course passing through the Galleria delle Carrozze of the Borgo Castello. No doubt they will emerge from the building to huge roars of noise from spectators, all of whom can attend for free on the day. But who will be in pole position?

Every individual gold medallist from the 2021 event in Dublin is set to defend their title in Turin on Sunday. These include Jakob Ingebrigtsen, who will be looking for his second senior crown after winning four under-20 titles – the first one of which came in Italy in 2016.

The presence of the Olympic 1500m and world 5000m champion, together with his brothers Filip and Henrik, will add some zest and glamour to the event. But the 22-year-old from Norway will not have it all his own way.

Yeman Crippa, the European 10,000m champion, will be buoyed by home support and is joined in the Italian team by Italian cross country champion Iliass Aouani who recently won the test event in La Mandria Park. 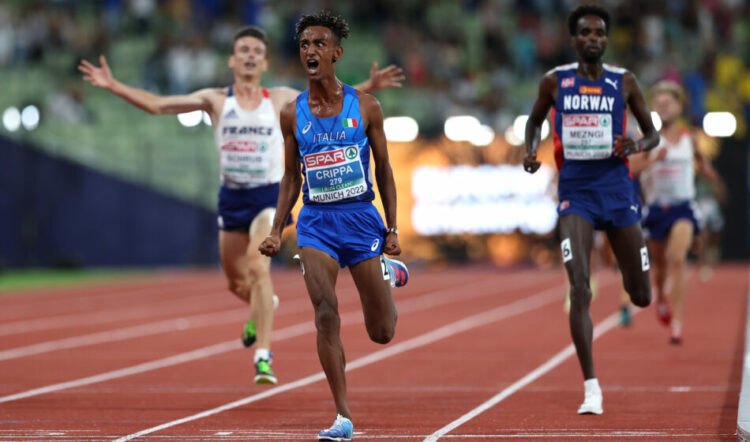 Mo Katir is a likely challenger too. The Spaniard won world 1500m bronze and European 5000m silver behind Ingebrigtsen this year and will be keen to test his mid-winter form.

Morhad Amdouni, the 2018 European 10,000m champion, leads the French team in the absence of Jimmy Gressier. Belgium boast Michael Somers and former silver medallist Isaac Kimeli and will be keen to put up a good performance as they are set to host the event in 2023 in Brussels.

Emile Cairess leads the British challenge and he is keen to put behind him the modest 60th place he achieved at his last Euro Cross in 2019. After equalling Mo Farah’s UK 10km record earlier this year, he won the GB trials convincingly in Liverpool ahead of triathlon specialist Hugo Milner and Marc Scott. Expect the latter to improve in Spain, though, if the course is firmer than it was at the trials in Sefton Park. 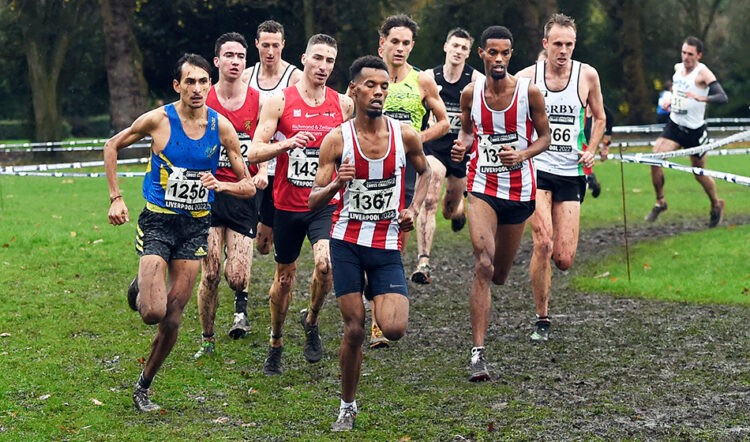 Karoline Bjerkeli Grøvdal is another Norwegian with a title to defend and she also faces tough opposition in Italy.

Yasemin Can of Turkey will be keen to retain her title. She won four golds from 2016-19 but finished 14th last year in Dublin. However she bounced back this summer to win the European 10,000m title in Munich.

Konstanze Klosterhalfen and Alina Reh form a particularly strong German team. Klosterhalfen won the European 5000m title in the summer and has since impressed with a 65:41 half-marathon debut, while Reh is a former under-23 winner, finished third in the senior race in Dublin last year and won the German trials in style. 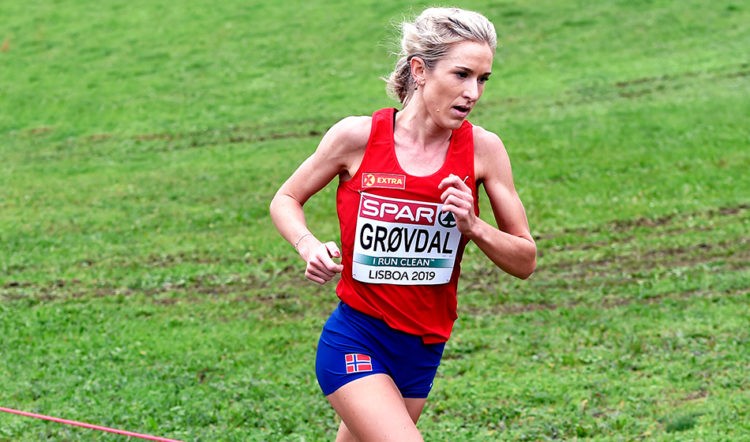 Jess Warner-Judd finished fourth last year and led the GB team to gold and she will hope to end a superb year by making the podium in Italy.

The Swedish team will be a factor too as their squad includes last year’s silver medallist Meraf Bahta, the 2019 bronze medallist Samrawit Mengsteab plus Sarah Lahti.

Charles Hicks beat Darragh McElhinney of Ireland and Ruben Querinjean of Luxembourg to gold 12 months ago and the 21-year-old US-based Briton looks in great form ahead of the defence of his title.

At the NCAA Championships in Oklahoma last month he took gold ahead of Nico Young. Not surprisingly the Stanford University student then sat out the GB trials but was a shoo-in to be picked for this weekend.

McElhinney and Querinjean are set to race again in this age group and are likely to be Hicks’ biggest rivals as the London-born athlete aims to become only the second athlete (after Jimmy Gressier) to successfully defend this title.

McElhinney led Ireland to team gold last year and he is again supported by Keelan Kilrehill, who was sixth last year, plus Efrem Gidey, an Eritrean refugee who won under-20 bronze for Ireland 12 months ago.

Look out too for Etson Barros of Portugal, Magnus Tuv Myhre of Norway and French duo Antoine Senard and Valentin Godouin. 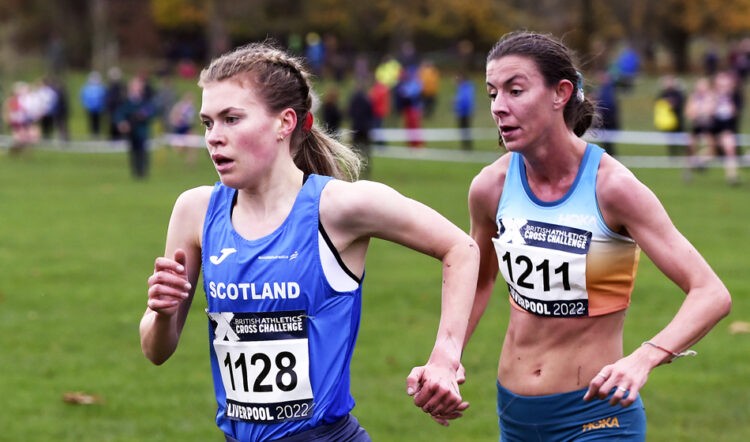 Expect this to be the noisiest event of the day as reigning champion Nadia Battocletti defends her crown. Last year the 22-year-old also led Italy to team gold in this age group. The event is part of her family history as well as her father, Giuliano Battocletti, was the first Italian home, in seventh place, at the 1998 Euro Cross in Ferrara.

Battocletti, who also won under-20 European titles in 2018 and 2019, has not enjoyed a smooth build-up to the race, though, as she has suffered injury and a bout of mononucleosis. She will need to be at her best, too, because potential rivals include Megan Keith, the 2021 under-20 winner, who moves into the under-23 age group.

Mariano Machado of Portugal, the bronze medallist 12 months ago, is another contender, along with Irish champion Sarah Healy and Nordic champion Nathalie Blomqvist of Finland.

Look out for Emma Heckal as well, who took under-20 bronze last year and led Germany to the team title. 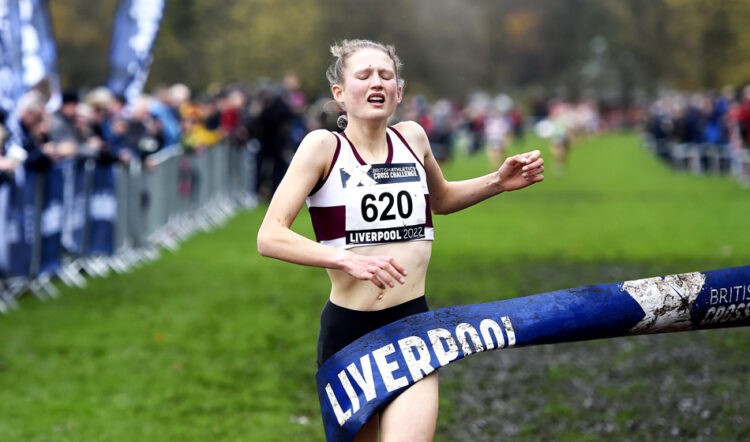 British athletes traditionally excel in this age group but were beaten into third place in the team stakes 12 months ago despite having individual champion Megan Keith. Before Dublin, the British team won 10 of the previous 11 team titles and will aim to get back on the top of the podium on Sunday.

In the individual stakes there will be much anticipation to see how Innes Fitzgerald fares at the tender age of 16. The Devon athlete does not turn 17 until April but won the GB trials in Liverpool in style with an impressive display of front running.

She has blown her domestic rivals away in similar fashion at the Cardiff Cross Challenge and Mini London Marathon this winter as well, whereas in the summer she set a UK under-17 women’s 3000m record of 8:59.67 – breaking Jess Judd’s record by nine seconds. Amazingly she has only been training seriously for less than a year, too, but is astutely guided by Gavin Pavey, the husband-coach of distance running legend Jo.

Rivals on Sunday include Sofia Thøgersen, the European under-18 3000m champion from Denmark.

Ingeborg Østgard of Norway finished runner-up to Megan Keith 12 months ago in this race and will be keen to upgrade to gold. She is also the reigning European under-20 1500m champion but was beaten narrowly by Thøgersen at the Nordic Championships last month. 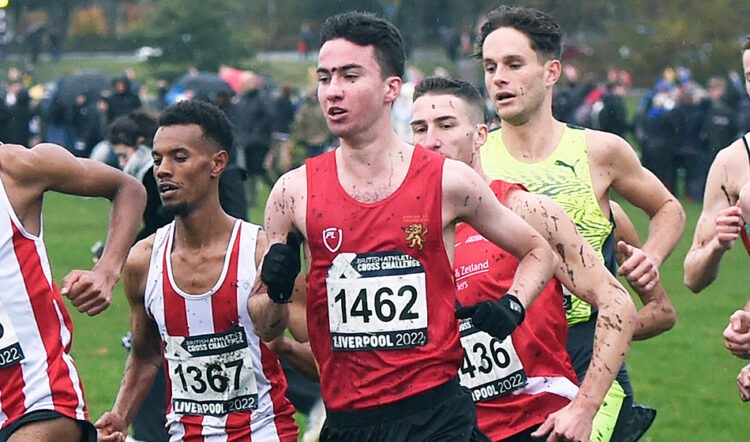 The four-year stranglehold that Jakob Ingebrigtsen had on this title from 2016-2019 ended last year when Axel Vang Christensen won the title by 25 seconds.

The 18-year-old from Denmark has since started a sports scholarship at the University of Birmingham and consequently raced in the GB trials senior men’s race as a guest last month. He finished seventh – 40 seconds behind winner Emile Cairess – but this came after a mid-race fall.

All eyes will also be on Niels Laros, too, as the 17-year-old makes his Euro Cross debut. Why? The Dutch runner won 1500m and 3000m golds in impressive style at the European Under-18 Championships in Jerusalem this year.

British hopes, meanwhile, will be led by Will Barnicoat. An emphatic winner of the GB trials, he finished ninth in Dublin last year but led the GB team to gold. Like Christensen he is also a Birmingham student.

Ireland will also be in the mix with Dean Casey and European under-20 3000m champion Nick Griggs likely to be prominent. 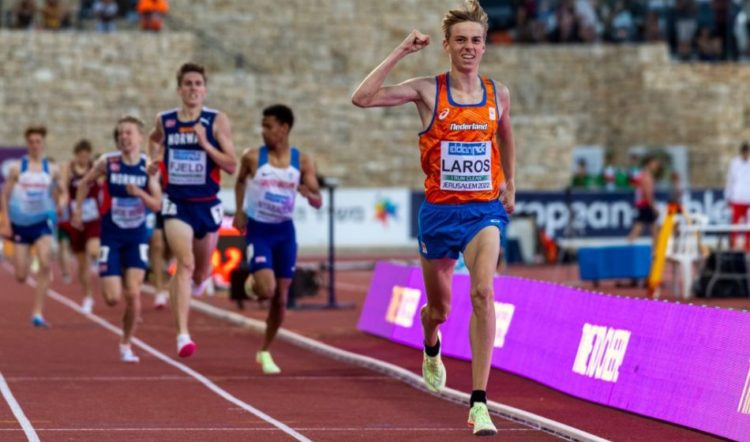 Britain has won the last two mixed relay titles and they field a strong team in Turin in the quest of defending their crown.

Walcott-Nolan won the women’s trial in Liverpool after a frustrating 2022 that saw her miss most of the summer with a stress reaction to her shin.

Look out for Italy to challenge as the host nation team is boosted by European 1500m fourth-placer Pietro Arese and reigning European under-23 1500m champion Gaia Sabbatini.

The 2018 champions, Spain, will be keen to retain their title, too, whereas Finland is likely to field European 3000m steeplechase champion Topi Raitanen. 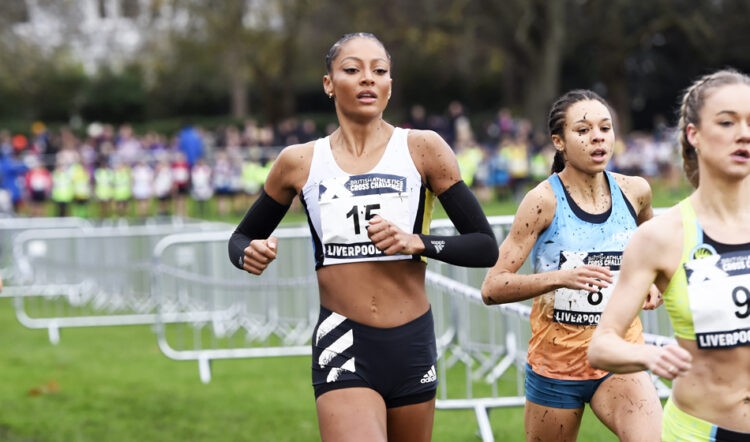 The event is streamed on the European Athletics website but for viewers in the UK the championship is also on BBC red button, iPlayer and online from 8.30am-12.45pm with highlights on BBC2 from 4-5pm on Sunday December 11. 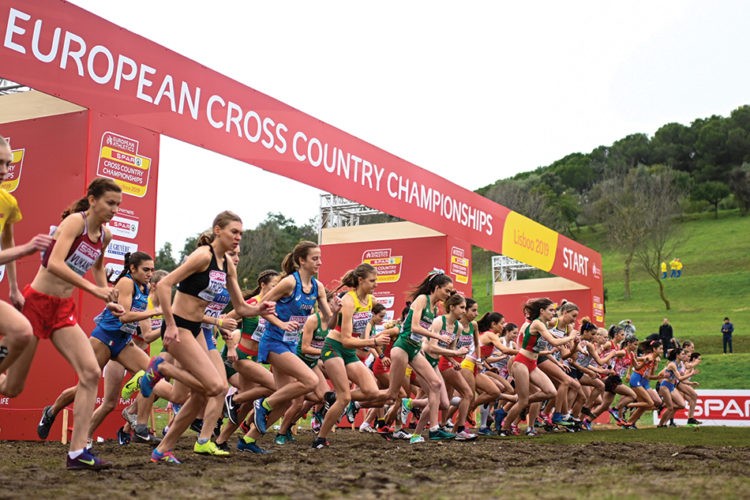