An interview with Aldershot, Farnham and District AC athlete who aims to become professional athlete within the year

It’s been quite the week for Ellis Cross.

On Monday, he left his home at 6am, paid the £37 entry free to enter the elite field at the Vitality London 10,000 and lined up against quadruple Olympic champion and seven-time winner of the race Sir Mo Farah. Then 28 minutes and 40 seconds later Cross beat Farah and his life changed forever.

Since that victory on the streets of London the 25-year-old – who represented Aldershot, Farnham and District club in London – has appeared on BBC, GB News and ITV and made the back pages of most of the national newspapers. It’s fame reserved for those that win Olympic medals and an example of the next generation of athletes taking the headlines, although the caveat is that the guy who finished second is one of the greatest distance runners in history.

Cross, who had a professional contract with Hoka One One between 2019-2021, has been labelled both a club runner and an amateur runner, which may seem a tad unfair for someone who has twice won the English National Cross Country as a junior, the British Universities 5000m crown and represented Great Britain at the 2016 European Cross Country Championships and 2017 European Under-23 Championships at 10,000m.

However, Cross – a retail assistant who works six-hour shifts fitting trainers at Up & Running in leafy Surbiton– is proud of his grassroots heritage and since becoming British 10km champion in London, he’s put ‘club runner’ on his Instagram bio.

“Club level athletics is where it’s at and it’s turned me into the athlete that I am today,” Cross says. “I’m a very proud club runner. Don’t get me wrong, the bracket we class as club runner is of course quite large but again it’s difficult to define that. Everyone has different goals and ideas of what means what and I took absolutely no insult in being called a club runner.

“I haven’t competed on the international stage for a while and I’m a self-funded athlete who wasn’t in the elite field, so it was right to call me that in that race especially.

“I have had successful results in the past. People in the running community will obviously know who I am. I’m not the person who was out on the drinks the previous night and just decided I’m going to turn up and beat Mo Farah. That didn’t happen. I’m someone who dedicates a lot of time to my sport.”

The Vitality 10,000 wasn’t the first time that Cross had faced Farah in a race. The previous occasion was five years ago when the two met at the 2017 Great Edinburgh Cross Country International, the former 27th and the latter seventh. 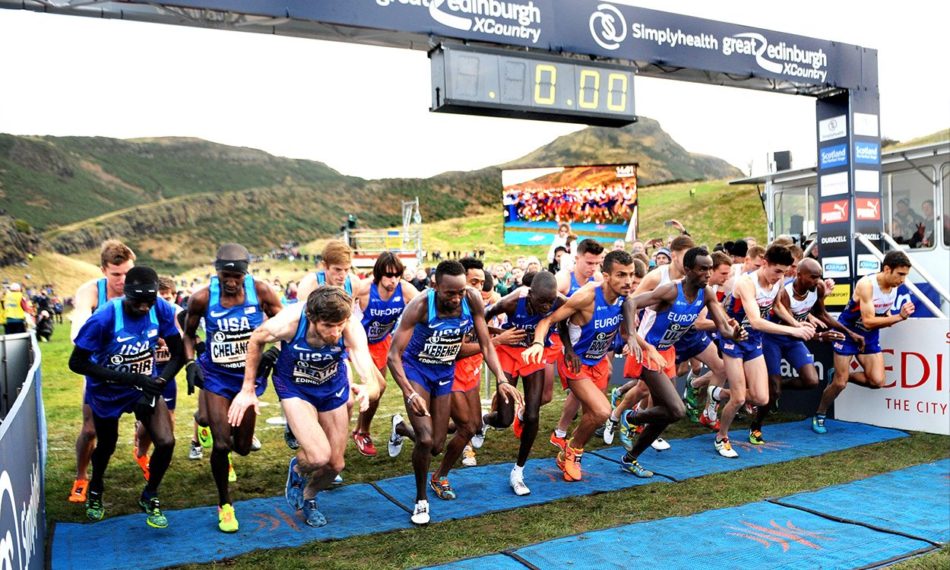 Looking for inspiration isn’t difficult though. Amidst all the support from the tens of thousands who lined the streets of the capital it was Cross’s mum Dawn who no doubt provided his biggest motivation. She travelled down from Birmingham to watch Cross but is currently waiting to find out if she needs an operation for a benign brain tumour.

“My mum was so proud and that means the world,” Cross tells AW. “It makes me happy seeing her smile. I needed to make her feel proud. When I saw her after the finish line I gave her a big hug and couldn’t believe it. Before the race I saw her in the warm-up area, and obviously Mo was there, and she was like ‘get out the way I’ve got to get a picture with Mo!’.

“The support has been immense. Not just from family and friends but also the wider community and that’s what I love about running. The messages have meant so much and I’m so happy.

“It’s quite a scary feeling when you’re racing Mo Farah. A lot of people have been in that same position where you’re kind of happy to almost be there and it’s a privilege to be in the company as great as he is. I saw the opportunity though [to sprint clear] so I just took it and off the back of it I’ve tried to grab everything in front of me. It’s not just good personally but it’s great for the sport generally and it’s one that deserves more attention. 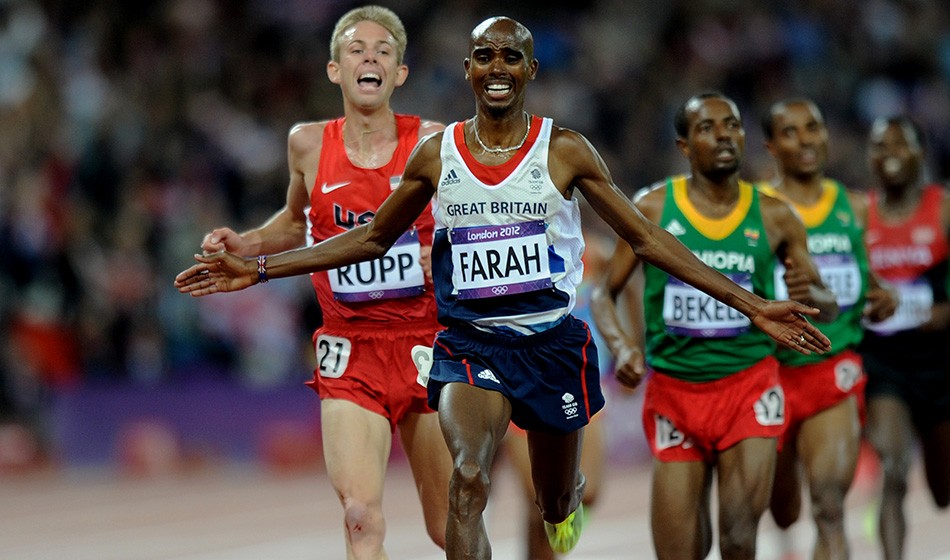 “I was there in 2012 screaming at the TV, wanting him to bring home two gold medals. Mo Farah could decide to retire today or tomorrow and he’ll always be a legend.”

Cross won £2000 at the Vitality London 10,000 and made a neat £1963 profit when you take his entry fee into account. He also claimed the team prize with AFD, emphasising the impact that a club can make in running.

The aim now is to make sure that his golden moment outside Buckingham Palace wasn’t just a one-off.

“That money goes a long way,” Cross says. “You know, there are people in the sport who get paid through professional contracts and for them it might not have value but for me that meant a hell of a lot.

“When you are on the cusp of making the professional ranks where you’ve got to make a split decision almost. Do you dedicate all of your time into your athletics career, sit in the middle or the career route? That’s part and parcel why you see athletes drop out of the sport.

“The immediate future is Night of the 10,000m PBs at Highgate and I want to be a full-time athlete and fulfil my dream. I want to transition to the roads. It’s given me confidence as I’ve never done a half-marathon. It’s definitely not going to be one of those one-off scenarios.

“The goals I set my potentially now have to change. It’d be amazing to make one of the major championships and it’d be interesting to see where I’m actually at.”