By Brian Witter: Daniel Dubois will be making his next defense of his WBA ‘regular’ heavyweight title against Lucas ‘Big Daddy’ Browne in November, according to Dubois’ trainer Shane McGuigan.

They had been hoping that Dillian Whyte would be the next opponent for the 25-year-old Dubois (18-1, 17 KOs), but it’s believed that he will wait on a big payday fight against Anthony Joshua.

The 43-year-old ‘Big Daddy’ Browne (31-3, 27 KOs) is coming off a first round knockout victory over Junior Fa last June, and he’s won his last two fights. Browne is ranked #11 with the WBA, and he’s revived his career with his recent wins.

Fans would prefer to see Dubois take on one of the higher-ranked contenders in the heavyweight division, but that’s not happening for whatever reason.

“Well, he’s had a couple of bad losses, but he just knocked out Junior Fa in a round. So that’s a good win coming off it,” said Shane McGuigan to Secondsout about WBA heavyweight champion Daniel Dubois defending against 43-year-old Lucas ‘Big Daddy’ Browne in November.

“It’s a tough one with the heavyweight division. You’ve got to try and get credible names and stuff, but everyone wants to wait out the big fights. I’ll let Mark Bowers and Frank organize the opponent, and we’ll just get ready for it.

“He needs some tests and challenges. It’s a big puncher, Lucas Browne, but in terms of durability and holding a shot and going rounds, I’m not sure we’ll get that. It’ll be a shootout, nonetheless.

“We thought it was happening. I’m not sure what happened there,” said McGuigan when asked what happened with the Dillian Whyte fight for Dubois.

“Maybe he wants to wait out on the AJ fight. I think he might think AJ is considering the Fury fight, but they’re under a severe time frame to get that fight made. If it doesn’t come about, AJ is going to want to fight in December.

“He [Whyte] probably thinks there’s more money in the AJ fight. That’s what it, unfortunately, all boils down to is money. It would have been a great name for Daniel, especially at this stage in his career.

“I think it’s possible,” said McGuigan when asked if Joshua vs. Dubois is possible next year. “I don’t know how much AJ will want it.” 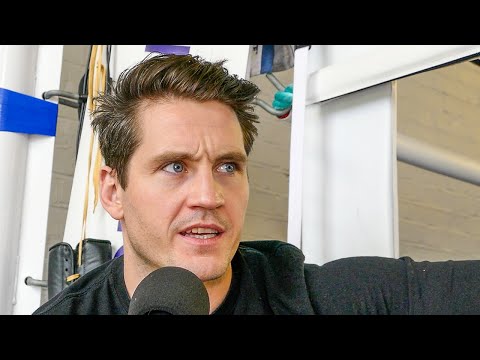