Jon Albon put up a strong defence of the world trail running title he won in Portugal in 2019 but the Norwegian-based Brit had to settle for bronze in the 40km ‘short trail’ event in Thailand on Saturday (Nov 5) in a race won by Stian Angermund of Norway.

European runners dominated this event despite the heat and humidity in a jungle environment as individual runner-up Francesco Puppi led Italy to team gold ahead of France and Great Britain in a race that saw runners endure about 8000ft of climbing.

Behind Albon (below, far right) his team-mate Kris Jones (below, far left) was fifth in 3:17:47 followed by Billy Cartwright in 25th. Non-scoring Brits Brennan Townsend and Thomas Adams finished 42nd and 46th.

Britain took team bronze in the women’s 40km ‘short trail’ event as well but the individual victory went to Denisa Dragomir of Romania.

Dragomir (below, centre) clocked 3:49:23 to win by two minutes from Barbara Macurová (below, left) of the Czech Republic with Emilia Brangefält (below, right) of Sweden third. 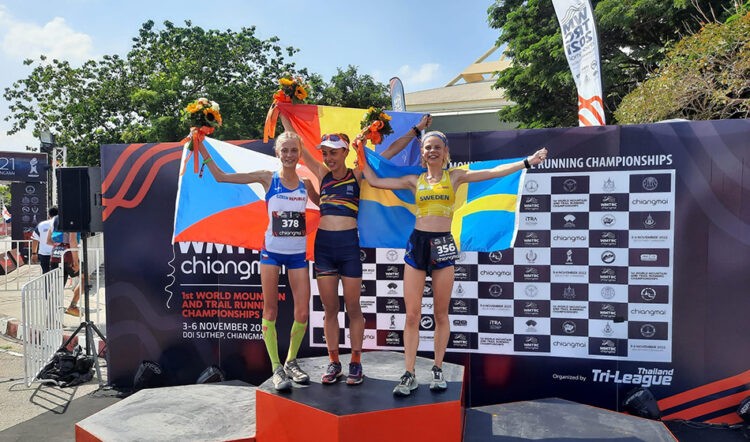 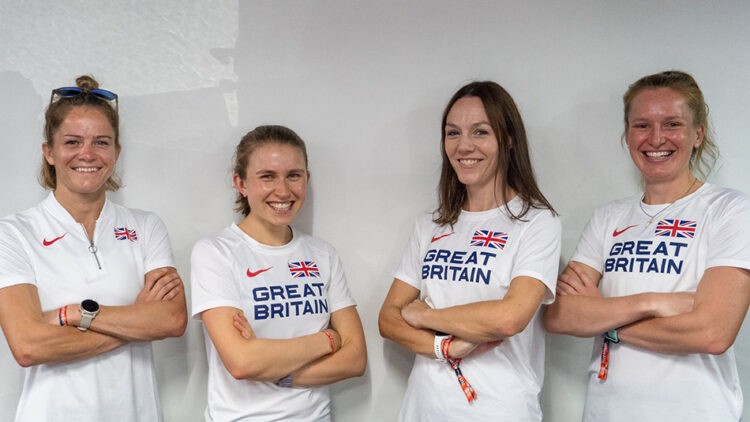 In his pre-race interview with AW, Albon said he didn’t envy the runners in the 80km ‘long trail’ race. The women’s winner in Chiang Mai, Blandine L’Hirondel, took 8hr 22min 14sec to complete the gruelling event and she led France to team gold in the process.

L’Hirondel won by 12 minutes from Ida Nilsson of Sweden with Gemma Arenas Alcazar of Spain third.

Adam Peterman won the men’s 80km ‘long trail’ race in 7:15:53 as he steered the United States to team gold ahead of France and Spain. Nicolas Martin of France took individual silver in 7:28:44 with Andreas Reiterer of Italy third.

Coverage of Friday’s up-hill only mountain races is here as the championships conclude on Sunday with up-and-down mountain races.