Tyson Fury Wants Joshua In December If No Usyk Fight Fury (32-0-1, 23 KOs) says he believes there’s still interest from the boxing world in a fight between him and former unified champion Joshua despite the fact that AJ has now lost three out of his last five fights.

For a fight between Fury and Joshua (24-3, 22 KOs) to take place in December, it would require that AJ be assertive and instruct his promoter Eddie Hearn that he wants the fight with ‘The Gypsy King’ next.

Hearn has his own ideas for Joshua’s next fight, saying he wants him to face a top 15 contender in December.

In other words, that’s code talk from Hearn to mean that he’ll be combing the bottom of the top 15 to find a hapless contender who can’t punch and has virtually zero chance of beating  AJ.

“I still think that even though he’s lost 3 out of his last 5 fights, I still think people would like to see that fight. So if Oleksandr Usyk doesn’t want the fight for whatever reason, then we’ll go and offer AJ the fight,” said Tyson Fury to BT Sport.

The basic problem with Fury fighting Joshua in December is that the fight would likely take many months to make, and there’s probably not enough time for the match to be made by the end of the year.

Fury would likely want to be the A-side, which won’t fly with Joshua & Hearn, and that would make a real mess of the negotiations. It doesn’t matter that Fury holds the WBC belt because that title might as well be a trinket.

It comes down to which of the two fighters is more popular in terms of negotiations, and it’s obvious that Joshua is the far bigger name in the sport.

“He’s [Usyk] openly said that he doesn’t want to fight me this year. He wants to fight next year. I can’t do anything about that. I’d have beat AJ and Usyk both together on the same night,” continued Fury.

“I’m going to fight in the next few months in the UK. Usyk is not going to be ready and doesn’t want to fight whoever is available. They’re all bums anyway,” said Fury about his opposition. 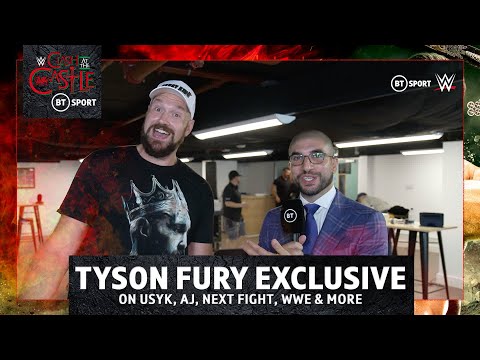