By Sean Jones: Ryan Garcia and Gervonta ‘Tank’ Davis went at it today on social media about a potential fight in December.

Ryan (23-0, 19 KOs) triggered Tank Davis by mentioning to his millions of followers on Twitter that he’s fighting in December, which just happens to be the same month that Gervonta is fighting.

From there, Tank (27-0, 25 KOs) unleashed the dogs of war on Ryan, by sarcastically saying that a lot of people have “balls this week.”

Ryan then scolded Tank for his refusal to come up to 140 to fight him, saying that he needs to have an edge against his opponents, which he feels is cowardly.

. Of course, that remains to be seen, as there’s always a chance that Mayweather Promotions will match Tank against Abner Mares next if he wins his comeback fight this Sunday night.

Gervonta Davis: “It’s my show. Once again, you don’t get the picture until you in it. Unfortunately, it won’t be good for you, though. Buckle up.”

I see the picture, I know exactly what’s going on, you aren’t talking to someone naive, it’s just funny to me how much a coward you are, You want every advantage, but this time you messed with someone you can’t read trust me. https://t.co/laLCZAIvtW

Isn’t it funny you only went up in weight at 140 to fight Mario but with me you didn’t, shows that you are not that confident and looking for any edge. Nothing going to save you remeber that. No edge can stop what’s already destined. https://t.co/8z2KgOrAtd

Just leave this tweet up, stand by your word this time, okay kid https://t.co/qwbgTzIpwU

“There has been no substantial movement for a fight between Tank Davis and Ryan Garcia, but one involved party believes the fight will happen,” said Chris Mannix to DAZN’s JABS.

“He’s following the money. He’s taking the least amount of risk for the most amount of money, and he’s going to ride that all the way to the bank. He’s going to do it into his 30s.

“Tank Davis is going to be 28 years old this year, and he still hasn’t fought a legitimate champion in his weight division in his prime. I don’t see it happening now.

“Garcia hasn’t even picked up a title, and you see this kid chasing him down, calling him out on social media, saying he’ll do it. If Tank Davis would just turn around and say, ‘Let’s see it, let’s see if you’re a man of your word. I’m going to sign my contract, and let’s see if you sign yours.’

“Then we’ll see if Garcia crying wolf. Right now, Mayweather Promotions won’t put their golden goose [Tank Davis] on the line. . They’re making too much money and laughing all the way to the bank.

“Why are they going to put this man at risk? I don’t see it. This is business first and boxing second.”

“To me, it’s disrespectful to Floyd Mayweather to say that Gervonta Davis is following the Mayweather blueprint because before he was ‘Money’ Mayweather, ‘Pretty Boy’ fought everybody.

“He came up and fought Genaro Hernandez when he was in his early 20s. He went out and fought Jose Luis Castillo twice. He had an epic fight against Diego Corrales, who at the time was one of the top guys in his weight division.

“So, Mayweather fought the best before he fought De La Hoya and become kind of a caricature, who did all things you’re talking about. I’ve been disappointed by the lack of proactivity by Gervonta Davis.

“You haven’t heard much from Gervonta about fighting Ryan Garcia. Ryan Garcia has been very vocal about it. He’s pushed Golden Boy behind the scenes. He’s pushed his management to make that fight happen.

“We haven’t heard a lot from Gervonta. I’m not saying he needs to come out every single day, saying that’s the fight he wants, but maybe a Tweet on social media or something in an interview to make us believe that he actually wants this fight.

“If this fight doesn’t happen this year, I don’t think it’s ever going to happen. It’s only because, with one more fight at 140, Ryan Garcia is going to become more and more entrenched in that weight class.

“It’s going to make it less and less likely that he’s going to go down to 135 to fight Tank Davis. We’ve already heard from Tank’s side that he’s not going to go up to 140 to face Ryan Garcia.

“For a while,  I was optimistic. Mid-July, and early August, I felt like this fight could be made because neither of these guys had great options before the end of the year. But I think we could be disappointed for both of the opponents that they face in 2022,” said Mannix.

“Because it’s a business, a promotion and a management, and so many people have their hands in the fighter’s pockets,” said Mora. “They’re making a lot of money, the networks, everybody.

“So, he’s technically a two-division champion, Tank Davis is, but he hasn’t fought the #1 fighter in either weight class. He’s made a lot of money, millions of dollars already. I don’t see him changing it.

“Ryan Garcia, on the other hand, he’s making millions of dollars. He’s facing former champions, but he hasn’t picked up a legitimate world championship either.

“So both of these guys are going in the right direction financially. Why are they going to face each other, and one of their careers is going to go the other way? I don’t see it. I’m with you on this one,” said Mora.

“Well, you’re with me sort of,” said Mannix. “You think they shouldn’t face each other, and I think they absolutely should because at some point, you have to prove something in the sport of boxing.

“Gervonta has proven he can draw big crowds in multiple cities across the U.S. He has not proven that he’s an elite fighter at this stage. You mention his age. In November, he’s going to turn 28.

“So, if you look ahead a little in the landscape at 135 and 14o. Devin Haney is locked up for the rest of this year. If Top Rank is to be believed, he’s going to face Lomachenko in the first half of next year.

“Ryan Garcia is trying to get into the mix with the top guys at 140. At 135, are we going to see Tank against Shakur Stevenson?” said Mannix.

“No way,” said Mora about Tank not fighting Shakur.

“Are we going to see him against a lesser tier lightweight?” said Mannix. “We could be talking about Tank Davis approaching the age of 30 without having a meaningful fight.

“Okay, that’s fine, but at some point, you have to establish credibility in boxing. Right now, Tank doesn’t have it,” said Mannix.

“That’s why we’re here criticizing him, and here’s the thing. I think Tank should fight guys like Garcia but on the flip side of that. I also know that I’m a fighter, and money and longevity come first to a fighter, “said Mora.

“Ryan Garcia should avoid a fight with Tank Davis right now. That’s how you know I’m seeing it both ways. Tank at 28 should fight somebody, and Ryan Garcia should make the most money he can while he can,” said Mora.

“You should have made more money in your career,” said Mannix.

“I should have. A reality show was the most money I ever made. That’s just the way it is for some people. We have it hard,” said Mora. 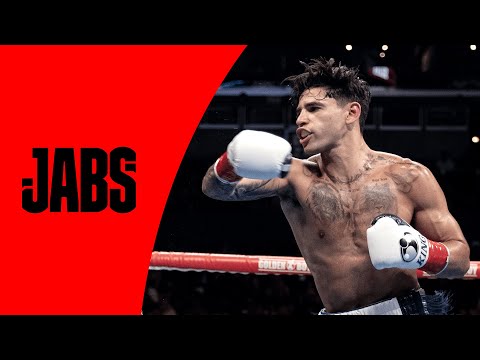