By Charles Brun: Unified heavyweight champion Oleksandr Usyk has set it up for his countryman in Ukraine to watch his rematch with Anthony Joshua for free on August 20th.

According to talkSPORT, Usyk (19-0, 13 KOs0 wanted to purchase the TV rights so that his Ukrainians could watch his rematch with Joshua (24-2, 22 KOs), but the Saudis gave it to him as a gift. The ratings will be huge in Ukraine for the Joshua vs. Usyk 2 rematch. 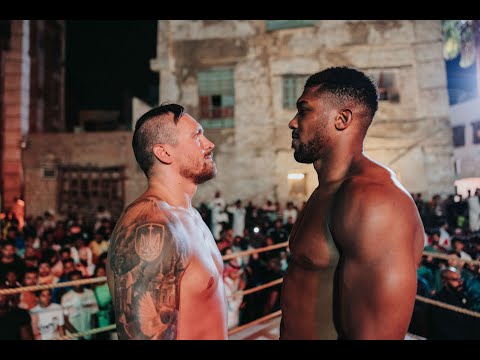 A victory for Usyk will open the door for a massive undisputed fight against WBC heavyweight champion Tyson Fury if he elects to take it.

Fury has been telling everyone that he’s retired, and the only way he would return to the ring is if he’s given half a billion dollars.

Some boxing fans believe he’s lost his nerve after essentially being knocked out in the fourth round by Deontay Wilder in their trilogy match last October. That was the infamous ‘long count’ fight in which it appeared that Fury hadn’t beaten the count, but the referee chose to let the fight continue.

Last September, Usyk pulled off a massive upset with a 12-round decision over Joshua in London, England. Joshua and his fans blame the defeat on him not fighting aggressively the way he should have.

The reality, Joshua lacked the skills, stamina & chin needed for him to get the win.

Given the massive cost of the Usyk vs. Joshua fight on pay-per-view, this was a fantastic gift Oleksandr and his compatriots were given.

There’s been a ton of complaining by boxing fans worldwide over the price of the PPV for the second fight, as people believe it should be less expensive so that the average person could afford to see it.

Many boxing fans are already saying they will choose to watch the Usyk-Joshua II rematch via an illegal stream by pirating it instead of hurting their pocketbooks.

Usyk’s fans will be incredibly pleased if he defeats Joshua a second time and sends him into retirement off the back of another significant loss.

“Oleksandr Usyk is making the Anthony Joshua rematch free to watch for all in Ukraine, his promoter Alex Krassyuk has told me. Usyk tried to buy the TV rights to do this, so the Saudis gifted them to him. It will be free on Ukrainian state TV, Megogo streaming, and Usyk’s YouTube,” said talkSPORT.