By Ken Hissner: Every boxing fan has their own opinion on who were the all-time best pound-for-pound boxers. This article includes “my twelve picks” from 1900 to 2022. I will be interested in others’ choices and comments.

His final record was 174-19-6 with 109 stoppages, only being stopped trying for the light heavyweight title in 1952 to champion Joey Maxim.

At the time, he was ahead on the scores by 10-3, 9-3-1, and 7-3-3, not able to come out for the fourteenth round due to heat exhaustion. Even referee Rudy Goldstein had to be replaced in round ten due to 104-degree heat. He was from Harlem, New York.

Second on that list is Henry “Homicide Hank” Armstrong, who won the world featherweight title in 1937, the welterweight title, and the lightweight titles in 1938, being the only boxer ever to hold three titles all at the same time. He finished with a 149-21-10 record with 99 stoppages. He had twenty-six successful title defenses. He was from Los Angeles, California.

Third is heavyweight champ Joe “The Brown Bomber” Louis, who won the title in 1937 and held it to 1949 with twenty-five successful title defenses. He finished with a 66-3 record with 52 stoppages. He was from Detroit, Michigan.

Fourth is Harry “Pittsburgh Windmill” Greb, who won the middleweight title in 1923 while being blind in one eye. He was the only boxer to defeat eventual heavyweight champ Gene “The Fighting Marine” Tunney, 65-1-1, in 1922 for the American light heavyweight title. His final record was 108-8-3 with 49 stoppages. He was from Pittsburgh, Pennsylvania.

Fifth is Willie “Will o’ the Wisp” Pep, who won the featherweight title in 1942 and 1949. He was possibly the best defensive boxer of all time. His final record was 229-11-1 with 65 stoppages. He was from Rocky Hill, Connecticut.

Sixth on the list was the only boxer not to win a world title in Sam “The Boston Bonecrusher” Langford, who ended with a 178-30-38 record with 126 stoppages. Heavyweight champion Jack Dempsey said Langford was the only boxer he feared. He was born in Nova Scotia, Canada, moving to Boston, Massachusetts.

All twelve have been inducted into the International Boxing Hall of Fame. 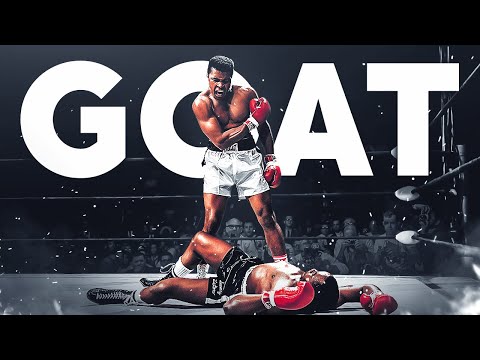