Who Is Mahmoud Charr? – Boxing News 24 By Gav Duthie: It looks as if once again we won’t get the super fight between British heavyweights Tyson Fury and Anthony Joshua. You can pick who you want to blame, AJ for having the contract for two weeks and not signing it or Fury for setting unrealistic deadlines and lining up another opponent in German-based Mahmoud Charr.

For a December 3rd fight between Fury and AJ, they could sell out the fight even if it was signed on December 2nd, but if the opponent is Charr, then it will need some build-up.

Let’s help that along by telling you a little bit about the German-based Syrian National because boy, does he have an interesting story to tell. He has held a version of a world title, has been shot four times, and underwent double hip surgery at the age of 32, and that’s not where it ends.

Charr was born in Beirut, Lebanon, and holds dual Nationality between Syria and Germany. Charr moved to Germany as a child and started his combat career in Muay Thai and was a German champion in his teens and transitioned into boxing soon after winning a few German National Amateur titles.

Marketers changed his name from Mahmoud to Manuel Charr, who is now 38 years old, in just over a week. Back then, he raced to a 21-0 record, most notably defeating Danny Williams and Sherman ‘Tank’ Williams along the way. The Diamond Boy then challenged Vitaly Klitschko in 2012 for his WBC title but was stopped in 4 rounds after a cut caused by a punch. Charr was basically treading water for the next couple of years. A fight with David Haye was signed, but Haye got injured. Charr then picked up five wins before being emphatically stopped by Alexander Povetkin in 2014.

In 2015 Charr lost a Majority decision loss to Frenchman Johann Duhaupas and was knocked out cold by Mairis Briedis, seeming to cement Charr’s status as a fringe contender. Although in the Briedis fight, Charr was knocked out cold face first against a cruiserweight, his life was about to get a whole lot worse. With Charr not being a man to back down from an altercation, he got into some beef with an online troll and challenged him to face him in reality. The troll took it upon himself to do a drive-by shooting when Charr was in a Kebab shop in Esson, Germany. Charr was hit four times in the abdomen and left fighting for his life.

Unbelievably despite the ordeal, Charr spent only nine months out of the ring. After a tune-up, he took the unbeaten record of Sefer Seferi, a shared opponent with Tyson Fury. Despite the comeback, Charr had chronic pain in his pelvis and had to have a double hip replacement in 2016. With being shot four times and having both hips replaced, he had to learn to walk again, which makes his next fight in only 2017 even more unreal.

He won a version of a world title with the WBA regular crown beating the then-durable Alexander Ustinov by UD, which included a knockdown in the 7th round. Many would say this isn’t a genuine world title that is now owned by Daniel Dubois, but it has been held aloft by the likes of Lennox Lewis, David Haye, Evander Holyfield, and Roy Jones Jnr, so it was a good achievement none the less.

Despite returning to the ring nine months after being shot and less than a year after double hip surgery, it’s ironic that after achieving his dream and in top physical condition he did not fight between 2017 and 2021.

In 2018 he was set to defend against Fres Oquendo, who was contracted to get a title shot despite no fights since 2014, but Charr failed a drugs screen, testing positive for two anabolic steroids. Things went quiet for a while despite the likes of Charles Martin and Dillian Whyte calling him out.

In 2019 Charr changed his forename from Manuel to Mahmoud, his original birth name. Covid didn’t help activity, but eventually, the WBA ordered a fight between Charr and interim champ Trevor Bryan.

The bout was due to take place in January 2021, but Charr couldn’t produce a required work Visa, blaming promoter Don King for not producing a contract. This happened in both January 2021 and January 2022 for the same fight.

Somehow Don King managed to get the title vacant and went ahead with the event with Bryan fighting for it against Bermaine Stiverne, who hadn’t won a fight in 6 years. The next defence for Bryan instead of Charr was Jonathon Guidry, ranked #256 on boxrec but somehow snuck into the WBA top 15.

Charr protested both and tried to wage a legal war with King and the WBA. Eventually, Charr got back in the ring, defeating Christopher Lovejoy, who had somehow made a bit of a name for himself despite his limited ability. Charr won easily and has since defeated Nikola Milacic before this business with Tyson Fury erupted.

I’m not going to pretend Charr is a top 10 or even 15 heavyweight. Boxrec has him at #63 currently, and if they fight, Tyson should make light work of him, but he certainly is a character, and given the career and life he has had, I would not begrudge him one last crack at the big time. 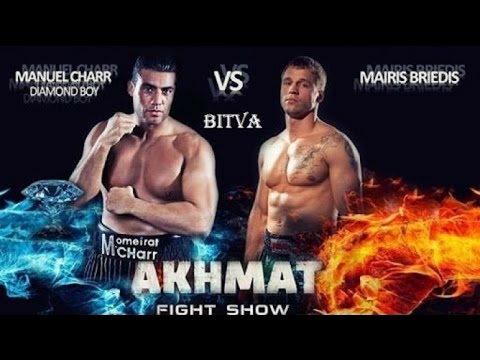