By Sam Volz: Johnny Nelson questions where Anthony Joshua’s motivation is for continuing his career following his second loss to Oleksandr Usyk. Nelson points out that Joshua (24-3, 22 KOs) is a “very wealthy man,” and he doesn’t need to continue fighting at this point.

If Joshua’s goal is to be the best in the heavyweight division, how does feel about having been between twice in a row by Usyk? The way that Joshua was beaten, he’s not likely to win a third or even a fourth fight against Usyk if they were to happen.

Nelson feels that it’s got to be tough for Joshua to want to keep fighting while dealing with the criticism from boxing fans, while inwardly acknowledging that he’s not good enough to beat Usyk.

“AJ is the kind of fighter where he doesn’t want to be an also-ran,” said Johnny Nelson to iFL TV. “He wants to be a champion, and if he can’t be a champion, that’s where his problem is.

“Will he want to hang about knowing ‘I can’t beat the guy in front of me.’ I think his reaction afterward outshone one of his best performances because he thought about his intention.

“He was trying to box well. He just wasn’t good enough to beat him. That’s something he has to accept either way. That’s twice now.

“AJ knowing he did everything he possibly could to beat this man, who has his number, is going to be hard to accept. You’re in a division where you want to be champion again.

“The question is, where’s his motivation? Is he happy being a backing dancer? He’s a very wealthy man and has a lot of fight left in him. All the commitment he takes in training camp and all the criticism he gets from the public. To do all that, you’ve got to do it for a reason.

“If your reason has changed, ‘I’m never going to beat that man in front of me,’ then what is it?  What gets you out of bed because money is not his motivation? He’s got to struggle to get his head around, ‘Why am I doing this?’

“If Usyk decides to walk away, then AJ has got a motivation. ‘I’m back in the mix again. I’ve got a chance to do it,’” said Nelson. 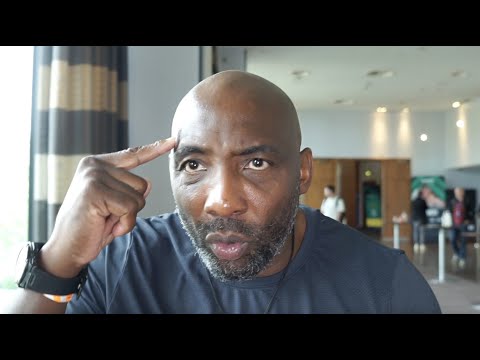