By Charles Brun: An emboldened Tyson Fury took to social media on Friday to trash unified heavyweight champion Oleksandr Usyk in reaction to him saying that he won’t be available to fight him in December because he wants to spend time with his family and let his injuries heal after his win over Anthony Joshua on August 20th.

Fury is just going to have to live with Usyk’s decision to make him wait until 2023 before fighting.

Like a dog chasing someone that has shown fear, Fury was yapping something fierce on Twitter, going for the heels of the talented unbeaten Usyk (20-0, 13 KOs) today.

Usyk’s comment about the WBC belt being held by “Gypsies” seems to have gotten under Fury’s skin, as he made sure he talked about that in his rant on Twitter today.

“You said that you want to fight me after you beat the bodybuilder [Anthony Joshua]. You called me out on television, and now you’re being a little b***, a p*** boy, running, hiding, saying you got injuries. You ain’t got no injuries. You had a sparring contest. Get out and fight in December. It doesn’t matter if it’s December, April, or August next year,” said Fury.

“If Tyson Fury fights Usyk, I think Usyk has the ability, he has the IQ, and the underrated strength to beat Tyson Fury,” said Malik Scott to Fighthype. “What it takes to beat Usyk is NOT the Fury style.

“I think if you don’t have the one-hitter quitter to get him out of there and put him out cold, I don’t think you beat him  [Usyk]. Yes,” said Malik when asked if he’s favoring Usyk to beat Fury.

“I believe Usyk is a master at finding ways to win, and I believe as far as technical ability and being technically sound. Look at the kind of trouble [Otto Wallin] gave Tyson Fury. 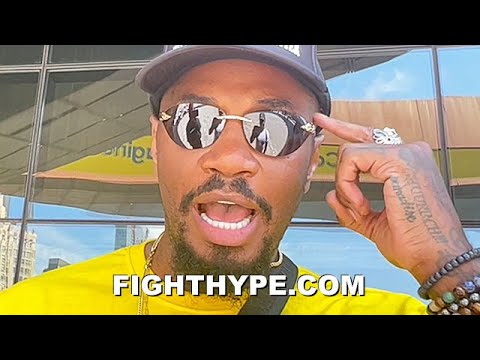