By Chris Williams: Terence Crawford is ready & willing to move up to 154 to challenge undisputed champion Jermell Charlo for his four belts if his fight against IBF/WBA/WBC 147-lb champion Errol Spence Jr fails to pan out.

Crawford (38-0,29 KOs) doesn’t have a lot of well-paying options if he stays at welterweight, so he’s better off using his WBO 147-lb title to be made mandatory for Jermell’s title at 154.

If Crawford stays at 154, he will be forced into dangerous fights against Vergil Ortiz Jr and Jaron ‘Boots’ Ennis. Those guys will knock some huge chips off Crawford, creating some serious wear & tear on him before he moves up to 154 to challenge Charlo for his four belts.

At this point, it’s up in the air whether Crawford and Spence will be fighting this year because the negotiations have been dragging out for the last five months without any resolution.

The problem is that Crawford reportedly wants parity, and he doesn’t have as many belts as Spence and has a poor track record when it comes to pay-per-view fights.

Moreover, Crawford hasn’t fought the same kind of opposition that Spence has during his career, despite having captured three-division world titles.

Winning those three titles was more about skillful match-making by Crawford’s former promoters at Top Rank than a case of him fighting good opposition.

“I’m serious,” said Terence Crawford to Fighthype when asked if it’s realistic for him to go up to 154 to challenge Jermell Charlo for his four belts. “I’m serious about what I say I’m going to do.

Crawford could have already used his WBO 147-lb title to force a fight against Jermell Charlo if he’d moved up to 154 since his last fight against Shawn Porter in October. As the saying goes, when you snooze, you lose.

If your Crawford, you’ve got to be thinking about bailing soon on the negotiations because’s already been out of the ring for the last 11 months. He’s lost a year of his career waiting around for the Spence fight.

Even if Crawford had taken four lesser fights in the last 11 months, he’d have been better off than sitting around hoping for the Spence fight. 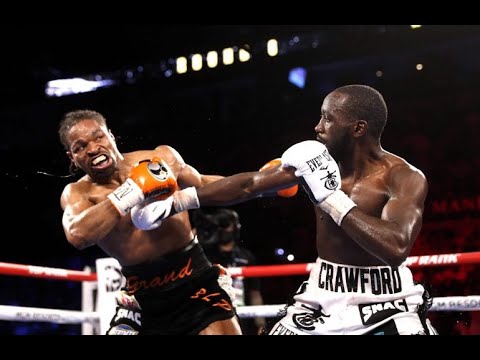