The event also featured exciting top lightweight contender Isaac “Pitbull” Cruz and fellow Mexican and veteran Eduardo Ramirez, who battle in a WBC Lightweight Title Eliminator in the co-main event, three-division world champion Abner Mares and Miguel Flores, who duel in a 10-round attraction, and unbeaten rising star Jose Valenzuela, who will take on the Dominican Republic’s Edwin De Los Santos in the telecast opener at 9 p.m. ET/6 p.m. PT. Valenzuela was originally scheduled to face Jezreel Corrales, who was forced to withdraw due to visa issues. 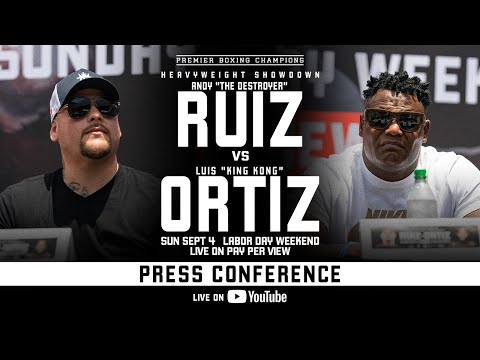 Representing his native Santo Domingo, Dominican Republic, De Los Santos (14-1, 13 KOs) bounced back from his first pro defeat in January to knockout the previously unbeaten Luis Acosta in March. The 22-year-old power-puncher has ended all but one of his victories by knockout since turning pro in 2018. Each of De Los Santos’ last two fights took place stateside as he’ll look to vault himself into title contention at 135 pounds with a signature victory this Sunday night.

“I don’t consider myself a substitute because I’ve been training for this fight for two months,” said De Los Santos. “I knew there was a real possibility I was going to be in this fight. I’m the real challenge and I will knock Valenzuela out. I’m a different fighter. I learned from my loss and I’m going to make sure it never happens again.”

Tickets for the live event, which is promoted by TGB Promotions, are on sale now and can be purchased online at AXS.com.

Here is what the fighters had to say Wednesday at the open to the public event:

“I feel great. It means so much for me to be fighting in Los Angeles in front of all of my fans and supporters and I’m just ready to go. Everyone here today and everyone who supports me are my motivation to keep going.

“I’m proof that anything is possible if you work hard and stay disciplined. The main thing right now is just accomplishing our goal Sunday night and leave the ring with my hand raised.” 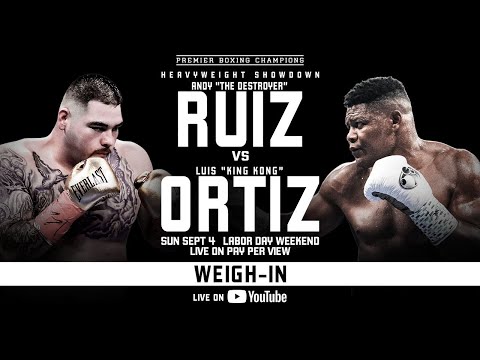 “You’re going to see a war on Sunday night. This is a venue that lends itself to great fights and this matchup with Ruiz is going to be another one to add to the history.

“I’ve said it once and I’ll say it again, this fight is not going the distance. I hope all the Cuban and Mexican fans who are coming out are ready for something special, because its coming Saturday night.

“Training camp has been perfect and we couldn’t be more ready for this clash. I know Andy is going to bring everything he has. That’s what I want. I want to beat the best version of Andy Ruiz Jr.”

“I really feel the love from my Mexican people here in Los Angeles. This is going to be a great clash of styles that the fans will love, but our only goal is to win.

“I’m very happy with everything we did in training camp. Ramirez is an experienced fighter who is always prepared. But we prepared for anything he’s going to bring.

“Everyone knows what to expect in a ‘Pitbull’ Cruz fight. I’m just going to stick to the game plan and do what I always do. I feel sharp and ready to go.”

“Don’t miss this fight because we’re going in there to entertain. I’m going to be smart and execute the game plan, but I’ll be ready to exchange when the time comes.

“I’m very motivated for this fight. I can’t lose focus, because my only goal is to win Sunday night and earn my shot at the world title. I’m looking for victory however I can achieve it.

“My people back home know that this is a tough fight, but they know what I’m capable of doing inside the ring. I’m going to go in there and give them what they’re looking for.”

“As strange as it might sound, I felt right at home in the gym, even with the time away. I feel like I’m coming off of a fight just a couple months ago. I had no complications in camp. The hardest thing is getting your rhythm back, but that’s just part of it. It’s made me better.

“I’m not putting pressure on myself to go out there and be spectacular. I’m going to show some abilities that older fighters have. I’m going to pick my punches and be smart about engaging in the fight. As you get older, you get wiser.”

“I’m excited to be here, especially fighting in front of the Mexican fans in Los Angeles. I’m ready to get in there Sunday and put on a show.

“It’s a challenge fighting a three-division world champion but we’re ready. We both bring the fight every time we’re in there and I just have to make the most of this opportunity.

“I’m relaxed and enjoying the moment. I’m going to have someone coming at me for 10 hard rounds on Saturday so right now I’m just taking it moment by moment. We’re here to beat the old wolf.”

“I trained really hard for this fight and I’m confident heading into the ring. I had a great training camp and I’m feeling strong. I’m just ready to put on a show on Sunday.

“I feel like I have a different edge because I came up with David Benavidez and his team. I was always a step ahead of a lot of people because of the work I was able to do behind closed doors.

“I’m ready for anybody. I’m facing a guy with a good knockout rate and I know he’s dangerous. But we trained too hard and no matter who I’m facing, I’m ready to put on a great performance and you know I’m coming for a knockout.”