By Robert Segal: Conor Benn believes he’s got the talent to defeat the bigger & more experienced Chris Eubank Jr on October 8th in their main event fight on DAZN pay-per-view.

Fans would believe in Benn if he’d had a little more experience before taking on this challenge because he’s not faced anyone near as good as Eubank Jr during his career. Benn is a good talker, but that’s not going to make up for his lack of size and experience.

“If I smell blood, I’m going to try and take it,” said Conor Benn to DAZN Boxing. “Take him out. Vargas was supposed to be a tough fight, but I was too explosive. Algieri was a lot bigger than me, but it means nothing to me. It’s the size of the fight in the dog.

“I’ve been watching a lot of Henry Armstrong. It’s not fun and games no more. If you’re in my way, I’m going to iron you out. Who’s next? The reason I’m filled with rage after fights is because my whole career, I’ve dealt with, ‘You’re this, you’re that.’

“What about now, mate? Come talk to me now. It angers me. It makes me angry. I was a young kid trying to achieve something.

“What’s in the name Benn? Pride, respect, and honor. Part of it is in the DNA. The bravery, the risk. That was everything my dad’s career was based on, wasn’t it?

“Boxing definitely chose me. Doors just opened. Things happened in my career that you couldn’t add up. You couldn’t predict. If you looked at me when I was 16 to the man I’ve come here.

“You’d never stick a pair of boxing gloves on me. Never. When I got to 18, I changed. I became a man. I made a lot of bad decisions and a lot of right ones. The outcome is where I am now.

“I’ve achieved more than I thought I could achieve. There’s a lot more left to achieve. The sky’s the limit. It really is. I love winning. I fear losing.

“Do I look like I’m slowing down anytime soon? Do I look like my hunger is lacking? The problem when you come from nothing and you achieve a little, and you think your there.

“When I compare myself to what my dad achieved, I’m not even a quarter of the way there. I agree with it. Let’s not be silly,” said Benn when asked if he was hurt when people said that Eddie Hearn signed him because of his last name.

“Of course, he did, and if I was Eddie, I would sign me too. I don’t know when the turning point came where we sat down. You know what’s great about it is the British public seen the whole progress.

“It’s very rare you get that in boxing because when as an amateur, you know what they’re about and where their limit is. You see me being a boy to where I am now. Headlining shows, doing great numbers, knocking people out.

“I’ve had hard fights that should have been easy. It’s a rollercoaster journey. It’s a blessing to have the British public being me. It’s not fun and games no more.

I’ve had bad spars all the time, which is fine. Come fight night, I’m going to have small gloves on, and it ain’t going to make no difference.

“First of all, it’s the entertainment business. I don’t like boring fights. We’re entertainers, and if you can’t entertain, then you’re not doing your job properly.

“Do I not want to take risks? When I have my opponent hurt, and I smell a little blood or if I see a little wobble, I’m on you. It’s irrelevant of what’s coming back. I can weather the storm.

“I think as a fighter, I try to brush that thought to the back of my head,” said Benn when asked if he’s ever worried about the risks involved in boxing.

“Is it worth it? Considering again that I have my plate full of options. Is it worth it? Apparently it is. We all know the risk when we get in the ring.

“We choose to ignore those risks. Formella showed me that I can outbox a boxer over ten rounds. I beat him more convincingly than Shawn Porter.

“You also have Vargas. That demonstrated the powers again. Straightaway. No way can this go 12 rounds. It’s just not possible just based on how I was feeling.

“Confidence is the luxury for the hard working. Many people mistake it for arrogance. Like I’m going to go in the ring and go, ‘I hope I win here. Oh, am I ready?

“I’m a nut job, but I’m not that much of a nut job. I do that so that when I get in the ring on fight night, I am confident.

“For the last 12 weeks, I’ve been getting up in the freezing cold rain and doing my runs, and then going to the gym and sparring 12 rounds with middleweights.

“Not one, not two, three. Sparring 15 rounds on Wednesday. I do that so that when I get in the ring, I’ve needed three middleweights to deal with me.

“Do you think you’re going to do 12 with me off the cuff? You’re having a laugh, mate. Wait until I hit you. You want that confidence. I would worry if you had a fighter that, ‘I’m not sure about this.’

“You can create the hype, but don’t believe it. I believe I can be world champion, but it’s hard because everything is a bonus. But I believe I can achieve anything that I set my mind to.

“I believe I can be the next pay-per-view star based on facts. I know what people are saying. Men lie, women life, but numbers don’t.

“My numbers are heavyweight numbers. So why not?

“I’d take the fight all day long,” said Benn when asked if he’d be interested in fighting Errol Spence Jr or Terence Crawford.

“They’re only human, ain’t they? I’ve gotten to the stage where it don’t bother me. It is very rare where my back is against the wall, but when it is, I fancy it,” said Benn. 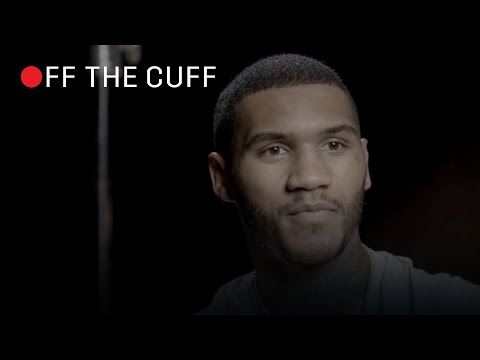