Former unified heavyweight champion Ruiz (34-2, 22 KOs) acknowledges that Mexican fighters are especially tough because they don’t give up, so he can understand why Canelo wouldn’t wish to fight them.

Canelo’s decision not to fight with Mexican fighters arguably is saving him from a potentially embarrassing loss to the unbeaten #1 WBC contender David Benavidez, who many boxing fans believe would defeat the superstar.

Ruiz fights this Sunday against Luis Ortiz (33-2, 28 KOs) in a WBC heavyweight title eliminator in the main event on FOX Sports PPV at the Crypto Arena in Los Angeles.

“Yeah, it is because it’s a style that I haven’t fought before. Like I said, I like taking chances,” said Andy Ruiz Jr to Fighthype when asked if Luis Ortiz would be one of his more physical fights.

“I feel like I perform better when I’m under pressure. On Sunday, it’s going to be a hell of a fight, but I know I’m going to get that victory.

“That’s good,” Ruiz said when told that Ortiz is going to go for the knockout. “I’m a good counter puncher. That’s exactly what we’ve been practicing about. A lot of countering, staying focused, staying ready, staying alert. That’ll be perfect if he does it.

“Fighting a Mexican is hard because we know these Mexicans aren’t going to give up,” said Ruiz reacting to being told that Canelo Alvarez says he won’t fight Mexican fighters.

“In a fight between two Mexicans, you best believe it’s going to be a war. It’s going to be an all-action fight. We all take hits, and we receive them good. We can take punches. That’s why it goes back and forth. That’s the way it was with me and Chris Arreola.

“It was going back and forth. Even though I got hurt, that Mexican in me made me get back up and win the fight. Canelo can fight whoever he wants. He’s the main guy. He’s a champion.

“He’s already on the level where he’s proved so much that he doesn’t need to prove anything to anybody. He just wants to get the big fights, and I’m pretty sure if he fights Bivol again, I think he knows he’ll beat him,” said Ruiz. 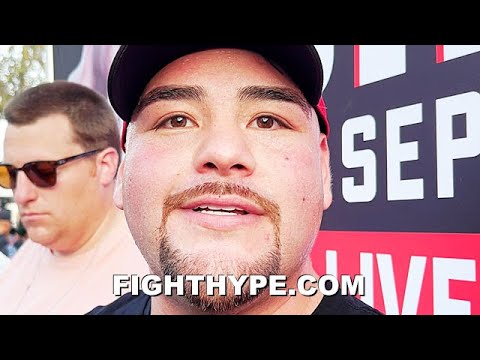